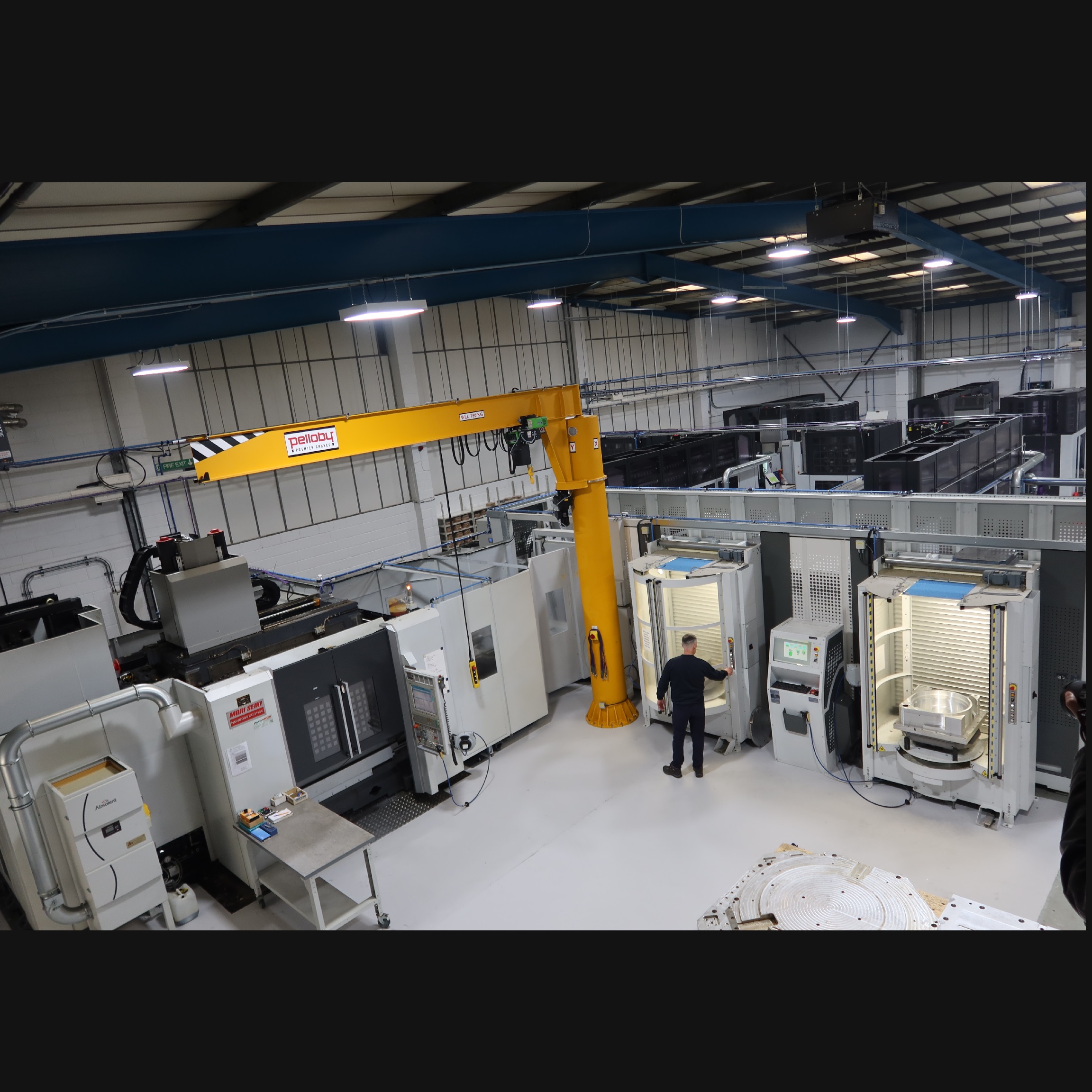 The pandemic has undoubtedly changed the way everyone works, but for Open Mind Technologies, undergoing an extensive online tendering and prove-out process against its competitors was an exciting new challenge. RE Thompson has ambitious plans for its manufacturing facility and implementing the correct CAM system was seen as a critical decision requiring due diligence for the subcontract manufacturer.

Founded in 1948, RE Thompson has manufactured aerospace components for more than 60 years, diversifying into the electronics, medical, hydrogen and electric vehicle (EV) sectors in its more recent history. To undertake this diversification, the company has invested over £7m in the past 10 years, an investment that includes: a second 20,000 sq ft manufacturing facility in 2015; fibre connectivity and decarbonising infrastructure; DMG Mori five-axis machining centres; and, most recently, an Okuma Multus from NCMT and a CMM from Hexagon.

The next step for the Hampshire-based company is to increase its throughput and workflows through automation. Unlike most subcontract manufacturers, RE Thompson already has impressive factory floor automation with a remarkable 512 pallets on just nine machining centres. The bottleneck for RE Thompson has been the process flow away from the factory floor – primarily CAM programming. For RE Thompson, its existing CADCAM system was ‘old hat’, and the technology was not available for modern machining strategies such as the lens and barrel tools that it requires for machining blisks and impellers for the aerospace industry.

Commenting upon the existing system, company owner Michael Thompson says: “The system was falling down on meeting our requirements and some of its strategies are at least 10 years old, and every time a new version is launched, there’s nothing significantly new with it. We first put the old system in our factory around three decades ago and over the years it has failed to keep up with technology to the point that the developers don’t even create their post processors. If you had all day, I could provide a complete list of reasons why we needed to move away.

“The system put a lot of limitations on our business with regards to our MPI [Marginal Propensity to Invest],” continues Thompson. “From now to October, certain things will be transforming within our business, and this includes MPI, lead times and turnaround times. We have a lot of knowledge and skill in the company, but we had an old CADCAM system that has been holding us back. What we’re doing now is building a new system from the ground up, we have installed a new fibre network infrastructure and installed ultra-efficient air compressors with full redundancy. Allowing better use of what we have.”

With regard to selecting Open Mind, Thompson reveals: “We looked at five or six systems, but we wanted the flexibility to create really good tool paths. It was a very short review of these systems, as we quickly narrowed it down to two packages. HyperMILL has a very good reputation in the UK; lots of prestigious companies and subcontractors use it and there is local support. However, local support is now increasingly irrelevant, as the pandemic and our feasibility study through to adoption have shown. We’ve been implementing the system with Open Mind over Microsoft Teams and have yet to meet them in person. We sometimes have people in six or eight different locations working from home, so in being able to implement HyperMILL everyone involved has been fantastic.”

He adds: “When we narrowed our process down to two vendors, we found that HyperMILL had advanced tool path strategies and the overall support was outstanding. We spoke with Ken Baldwin and Jon Shortt in the UK but also with the Open Mind Team in Germany, who detailed innovations in the pipeline that would help us with our ambitious plans that we are working towards for October.”

Before alluding to the next tranche of features in the pipeline with HyperMILL Thompson emphasises the existing features that helped the company make its decision: “The flexibility of HyperMILL is second to none and they have really honed-in on three- and five-axis strategies, as well as turning. With its reputation in high-end five-axis machining, we were very surprised by how good the turning package is.”

Looking at particular components manufactured by RE Thompson, HyperMILL will help the company with very small parts when it wants to make multiples through to very large semi-conductor chambers. Indeed, there is one part in the MPI stage that will save RE Thompson a staggering four days by using HyperMILL. The company will achieve this saving through automating datum settings.

“When you have a lot of datums and ports on a job, we have to set those all individually and, on our previous system, you really had to markdown in detail what had been set up,” says Thompson. “With HyperMILL, it just does it for you. This saving is just in setting the jobs, it doesn’t even account for the possible savings in overall programming and the machining cycles. When it comes to machining cycles and retracts, HyperMILL will naturally follow the shortest tool path.”

On the factory floor, the company produces everything from 1-off and small batches to runs of hundreds of parts. Turning naturally has higher production volumes, but some milling jobs can be up to 500-off a year of very complex parts for some clients. The company processes parts with utmost efficiency due to the company’s investment in 512 pallets that are either integrated via machine tool suppliers like DMG Mori or through automation specialist Fastems. This strategy has enabled the business to run lights out 24/7 since 2008.

Looking at this evolving mix of work, Thompson says: “Other than retracts, our tool paths are pretty good, and we minimise air cutting and maximise machine utilisation where possible. Where HyperMILL will make a difference is during the time from order receipt to first-off production. We expect lead times to reduce hugely, which means our productivity will at least double. At present, we have four manufacturing engineers programming, but we have another three setters that will be trained to program, and we have another three positions advertised at the moment. To facilitate this, we’ll be investing in 10 seats of HyperMILL, but I expect this to double and eventually increase four-fold.”

Head of sales Matthew Shaw adds: “The addition of HyperMILL will be great for the sales team, as we’ll have more capacity to sell. We can also adopt a much better approach to the market. HyperMILL will give us greater speed to market, a faster-quoting process and, with improved throughput, our lead times will improve significantly. Furthermore, with improved processes and machining strategies available to us through HyperMILL, we can emphasise the value this brings to our business and most importantly, our customers.”

With regards to being more competitive with this diverse workload, Thompson says: “Sometimes we weren’t competitive when machining propeller blades or impellers as we couldn’t use barrel tools, so our sales team had trouble selling that facility. With HyperMILL we’ll be able to utilise all of those tools and strategies.

“The tool library is also very impressive,” he adds. “Having the facility to build a tool library with comprehensive data on speeds, feeds, materials, and machining parameters excites our team, and Open Mind has even more features in the pipeline.
For further information www.openmind-tech.com