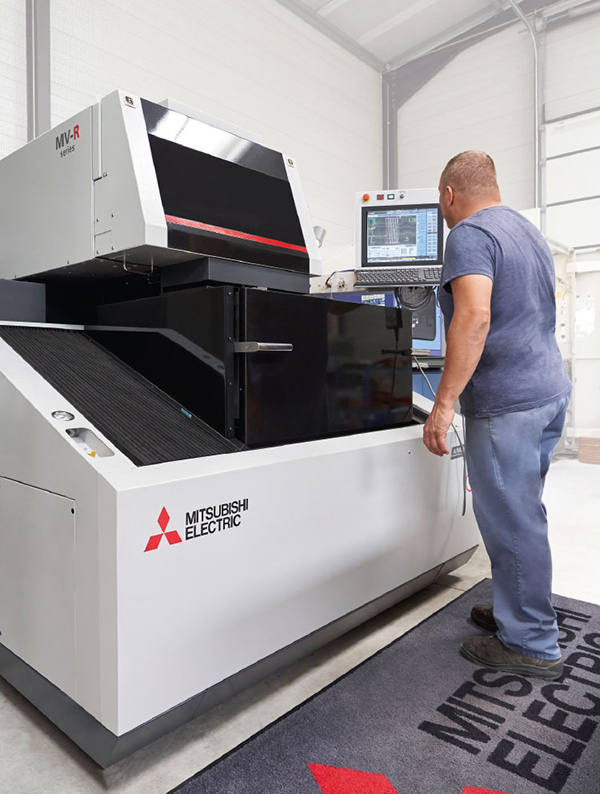 In the face of shrinking demand for rubber injection moulds, AMB near Paris has been adding precision prototypes and mechanical components for a wide variety of industries to its portfolio.” 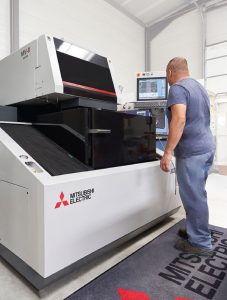 To aid this transition, the company began searching for a new wire EDM, as Jacques-Henri Miguet, second-generation managing director, explains: “We needed a new machine because our existing wire EDM from another manufacturer was unreliable and caused excessive maintenance costs.”
Initially there were discussions with three different suppliers, but the choice quickly narrowed down to the Mitsubishi Electric MV1200R offered by local agent Delta Machines. One important reason was that the system accommodates a working height over 200 mm.
Ultimately, a wire EDM system type MV1200R was purchased along with an EA8S die-sinking EDM system.
“Our Mitsubishi wire EDM machine works perfectly and delivers everything we expected of it,” says Miguet.
The MV1200R achieves an accuracy of 1/100 mm when used with wire diameters from 0.1 to 0.25 mm, usually with two passes to achieve the best possible quality. In two-shift operation and with an average spool life of 20 hours, jobs can usually be planned so that the next change falls within an employee’s working hours and the machine runs largely around the clock. In this context, the automatic re-threading of the wire after a breakage, even in the narrowest kerfs, is also very useful.
“If I should ever need another EDM system, I know exactly who to contact,” says Miguet, summing up his experience.
For further information www.mitsubishi-edm.de