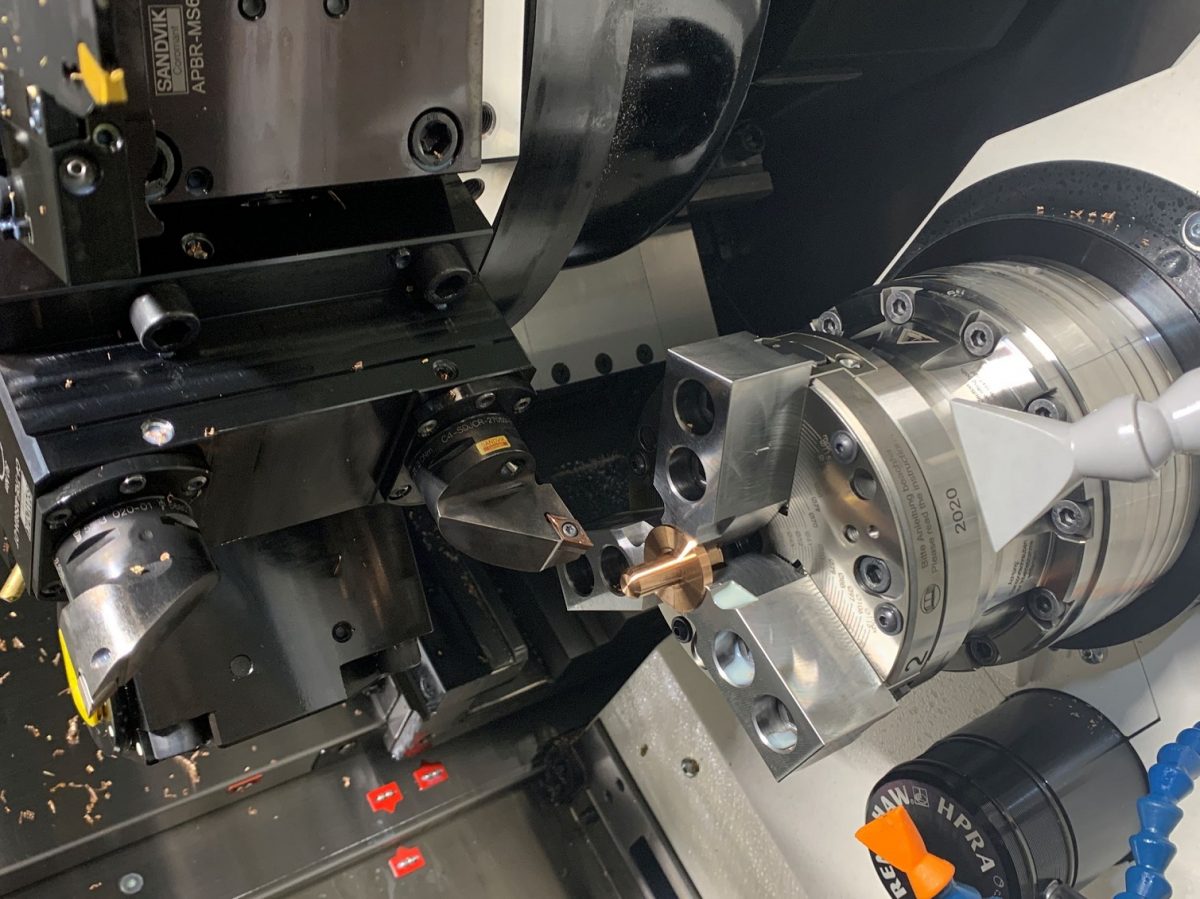 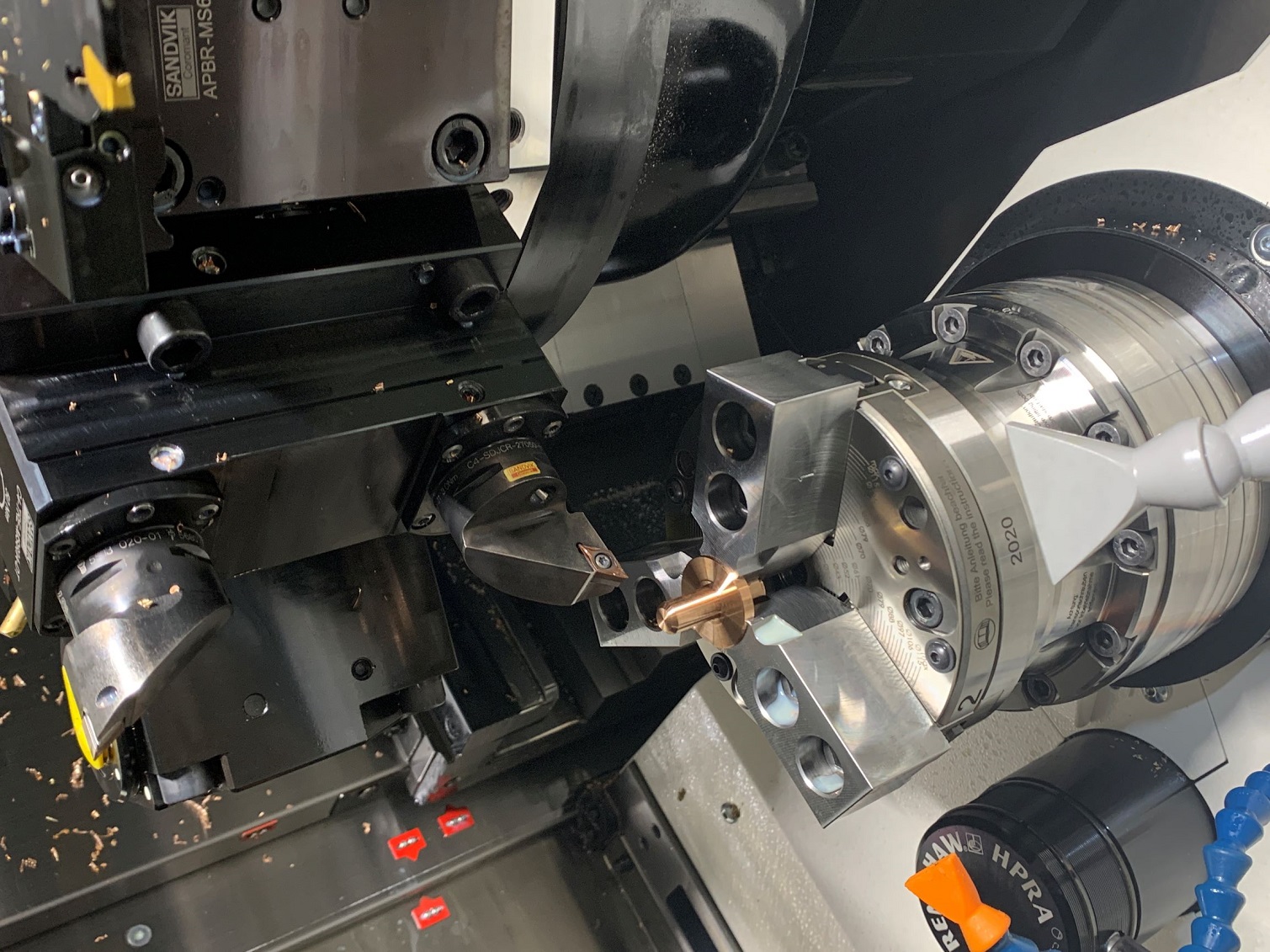 As a $14bn corporation, the journey of Parker Hannifin started over 100 years ago when Arthur Parker founded the Parker Appliance Company back in 1917 from a loft with business partner Carl Klamm. Through the generations, the company has moved from pneumatic brake systems for trucks, trains and buses to aerospace systems and technology, air preparation and dryers, EMI shielding, filters, separators and purifiers, fittings, couplings, and much more.

With dozens of divisions, brands and a global reach, Parker Hannifin is today a world leader in motion and control technologies. At its Sheffield site, which manufactures cryogenic valves, the company recently installed a machining cell with Hainbuch work-holding equipment at the heart of the investment.

Commenting upon the product range manufactured at the site, Parker Hannifin’s Lloyd Cooper says: “The products we produce are high in diversity and low in volume; we probably have about 20,000 part numbers at the top level, so high diversity and low volume is what we do. This allows customers to order what they want and our USP is the ability to service that request. As a result, we create a lot of demand on our machine shop with regard to set ups, as we may be running a batch of 3- or 4-off before we move to the next product. This means we incur a lot of set-up times and we’ve been looking at the ratio of ‘set up to run’ times. There may be a 45-minute set up for a 10 or 15-minute production cycle. These numbers didn’t stack up and here at Parker we have a really keen focus on lean manufacturing.”

To streamline production Parker Hannifin has invested around $500,000 in an automation cell to combat excessive set-up times in the turning department.

“We had three machines that were fully depreciated, and wanted to remove those and create one comprehensive machine and cell,” explains Cooper. “We really looked at how we could make it a complete cell.” 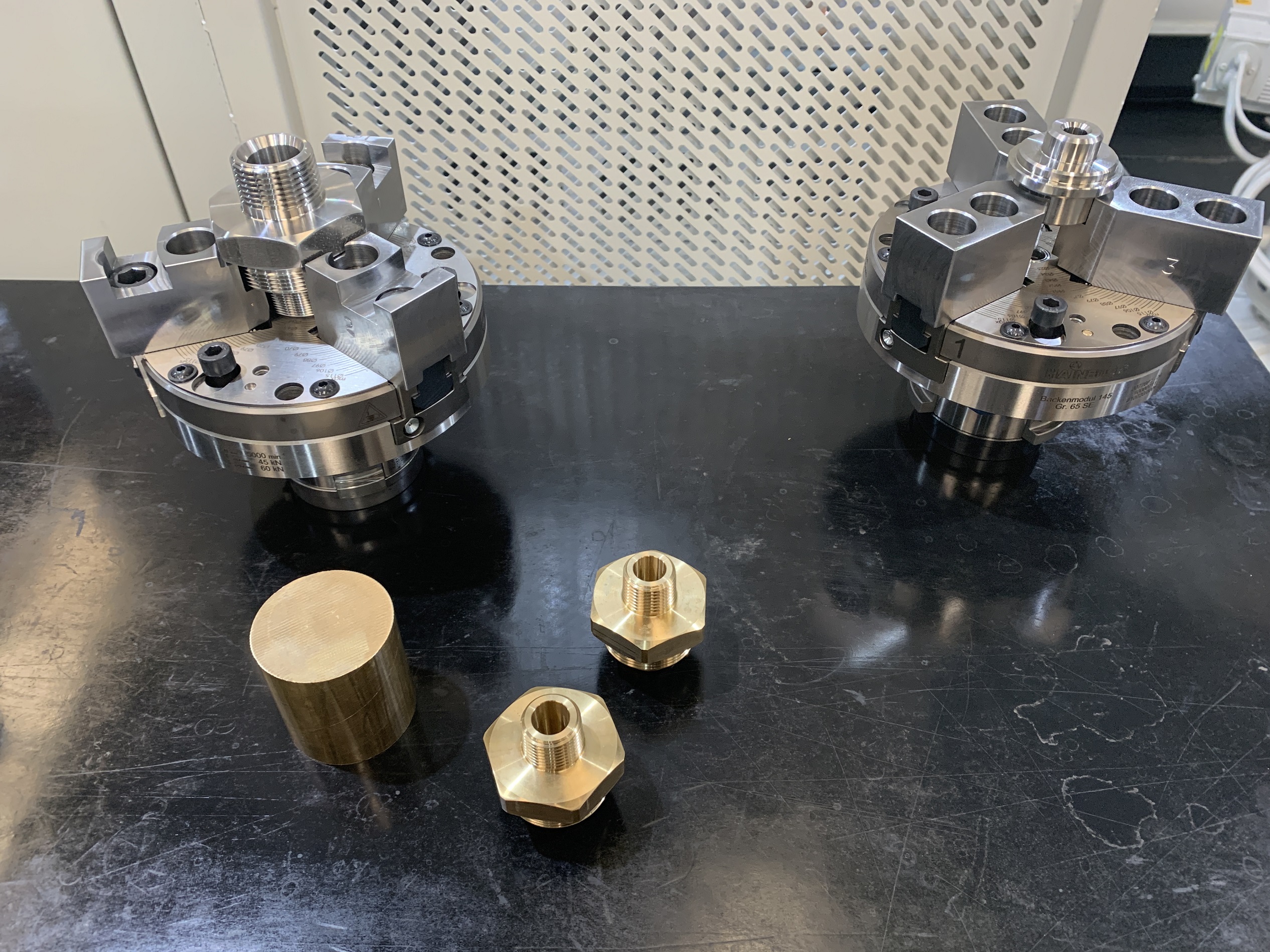 “We looked from a cradle-to-grave perspective on how we could make it a true cell, and this is where the ABB Flexloader helps us to do unmanned loading, unloading, deburring and clean down. One of the crucial solutions in this cell is the Hainbuch hydraulic chuck system. As a high-mix business, what Hainbuch has allowed us to do is switch from one collet size to another in 30 seconds, or even change from a collet to a jaw configuration in 2 to 3 minutes. Previously, this could have taken 45 minutes. It’s a ‘night and day’ difference to our business, and while it may be a considerable investment, the savings we’re making in efficiency will make this a sub-two-year payback.”

With regards to the Hainbuch work-holding system, Cooper says: “The work holding has probably been the singular reason as to why we wanted to do this project. We wanted something that would compress our set-up times, as we were incurring many, many set ups every hour. Hainbuch did that with an off-the-shelf solution and no additional requirement from an engineering perspective. The quick-change aspect of it is astounding. Providing the ability to change from collet size to collet size in 30 seconds is really impressive, and we have even had some changeovers in 15 seconds. This can give us a door-open to door-close time of less than a minute.”

Alluding to the installation, Hainbuch UK’s managing director Nick Peter says: “We worked with Parker and the machine-tool builder to provide a quick-change work-holding solution. The parts are many and varied, with different shapes and valve bodies that include some hexagonal and some round parts from different materials. Parker wanted to swap over from collet chucks to three-jaw chucks very quickly to improve the process, as the previous situation increased the cost per part.” 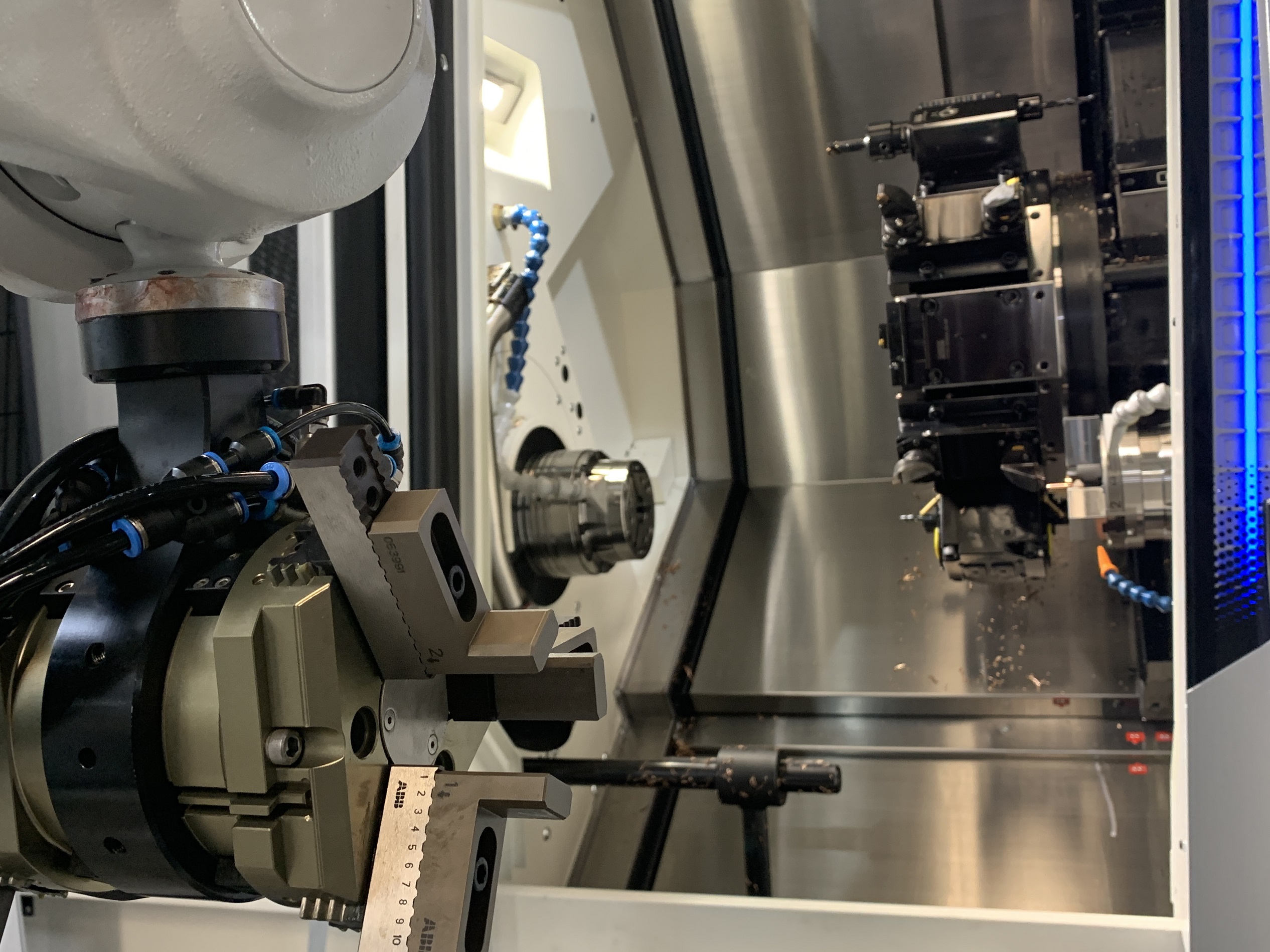 With four-jaw modules on the machine, as well as collets and three-jaw chucks, Hainbuch looked further into the request, as Peter continues: “We initially didn’t know why this customer would want two chucks with two spindles, and then also want four three-jaw modules, but it was all about saving time. This configuration allows Parker to set up three-jaw chucks off-the-machine for a particular part on both spindles if necessary. The result is that collet chucks can come straight off the machine with three-jaw chucks ready to swap over, giving a changeover time of fewer than two minutes. By having the extra chucks, the subsequent set up can take place while the machine is running, compressing non-cutting times even further.

“Now, Parker can change from one collet chuck to another in a matter of seconds, whereas changing from a collet configuration to a chuck set-up takes just a couple of minutes,” adds Peter. “Taking a jaw module off is literally just a task of undoing three bolts and fastening another jaw module straight on to the existing collet chuck. There is no need to accurately position the three-jaw chuck as it follows the collet and there is a zero-point system already on the three-jaw, so accuracy is maintained to a couple of microns with exceptional clamping forces.” 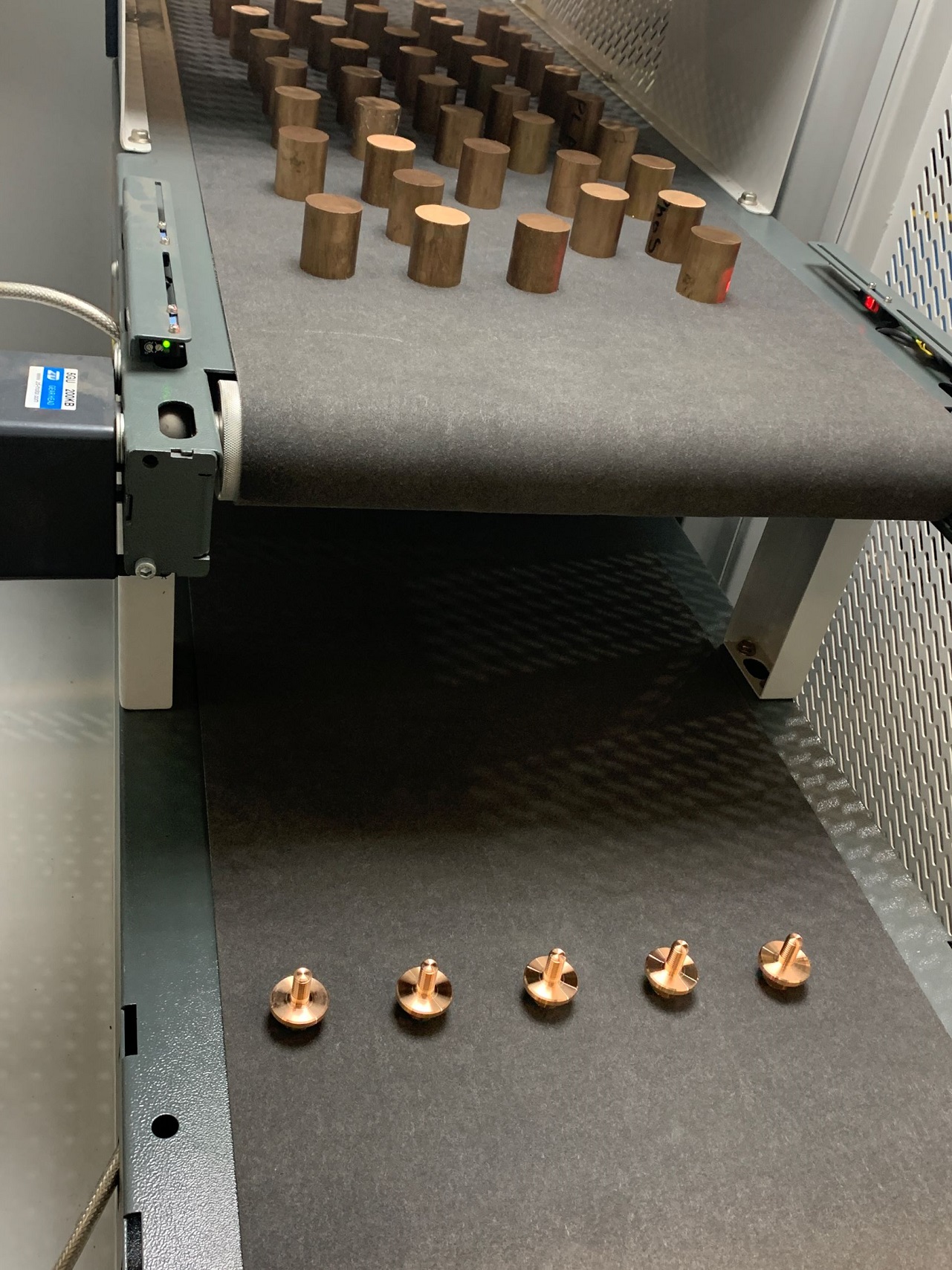 Concludes Cooper: “As a business, we look at automation and may be afraid of the complexity of it, but this has been a very smooth process. Moreover, when you consider a payback of fewer than two years, automation should be a formality for UK manufacturing businesses. We will pass on these savings to our customers, which is a credit to this cell and its ability to produce parts 80, 90 or even 100% quicker than previously. In short, we can enable our customers to become more competitive while we retain the broad product offering that we’ve always had from our Sheffield facility. This has been a real game-changer with regard to customer success and that is what we’re striving for.”