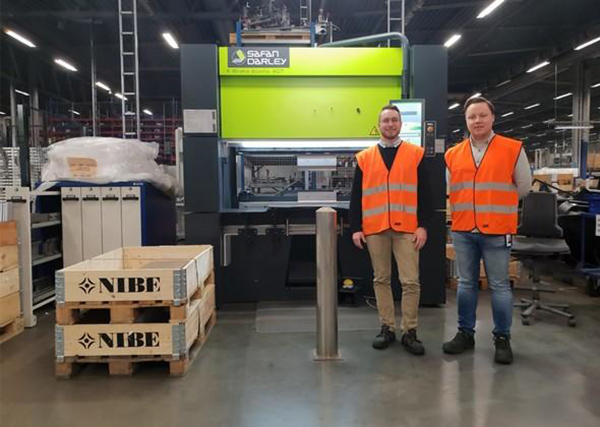 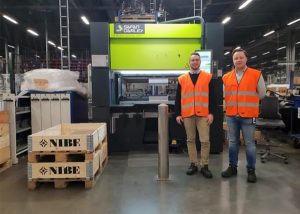 “When we decided to invest in new press brakes, we wanted machines that would provide stability in the manufacturing process, give consistent results and allow us to use the same tools as before,” says Patrik Ahlin, production group manager at Nibe. “ The machines also needed to be ergonomically designed, where the operator wouldn’t need to handle heavy tools. This is exactly what SafanDarley’s press brakes offered.”
Stefan Kovac, the press brake operator who was involved in test-running SafanDarley’s machines ahead of the investment, adds: “I’m delighted with the machines as they run quietly and smoothly. The tool set-up has worked well for the majority of our parts.”
According to Fredrik Carlsson, product manager for SafanDarley at Din Maskin, the servo electric press brake has low maintenance and running costs, and is quiet in operation. Since the machine does not use hydraulic oil, servicing is also minimal, and the lack of a hydraulic system means even higher precision and more consistent bending results.
Ahlin also emphasises the ‘green’ aspect, since Nibe is very active in its environmental work. The company is always trying out new ways to reduce its energy consumption and it is therefore important that its manufacturing is modern, resource-saving and efficient.
Herman Nordqvist, production engineer for welding and brake pressing, says that another important aspect was ease of set-up, since newly developed fireplace models are launched regularly and therefore new parts need to be produced.
“Here at Nibe, we work together closely in the development process to ensure we only get better,” concludes Ahlin.
For further information www.safandarley.com