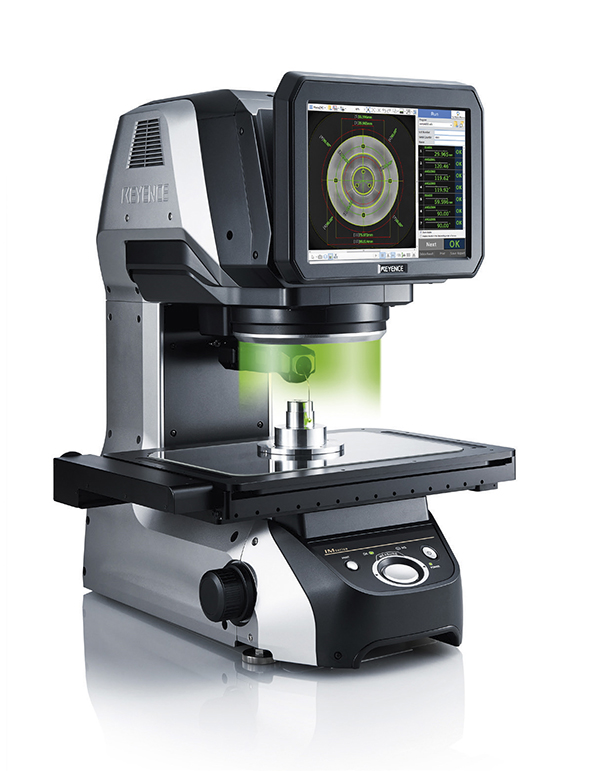 Maintenance and repair is an industry segment where ongoing investment in the latest metrology solutions is paramount. 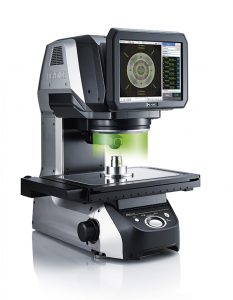 A case in point can be seen at the Glasgow facility of Aerotron Avotec, which specialises in the repair and overhaul of rotary and fixed wing aircraft components for civil and military customers. The company has to work with everything from tiny bearings to shafts, gears, brake components, wheels and large outer casings for aircraft undercarriages. Engineers at the company are tasked with inspecting parts to extremely tight tolerances, which can often mean taking key measurements from difficult-to-access areas.
Having scanned the market for the most suitable solutions to these challenges, Aerotron Avotec invested in an IM-7500 optical imaging measurement system from Keyence, which has enabled measurements to be acquired using just one instrument, and in a fraction of the time previously required. Simultaneously, using the Keyence system has increased the accuracy of measurements, mainly through being able to reduce the amount of human interface involved. Once the information gathered is programmed into the memory of the machine, parts of the same specification can be measured quickly and simply with one or two button clicks.
This functionality greatly reduces the number of man hours that would traditionally be spent on such a task.
A spokesperson for Aerotron Avotec says: “The Keyence solution was recommended to us by a manufacturer whose equipment we overhaul and repair. This was a new departure for us because we hadn´t owned or used any Keyence equipment before. However, having looked at other solutions, the Keyence IM-7500 is the optical image measurement system that we believe most closely matches our requirements.”
For further information www.keyence.co.uk