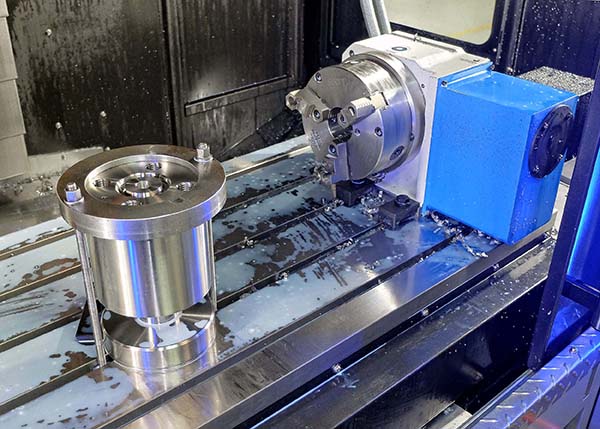 A direct-drive spindle motor and linear guideways on a milling centre enable high-speed metal cutting, but that configuration does not lend itself to the efficient machining of highly alloyed nickels like Inconel, or Duplex and Super Duplex stainless steels. For these materials, a gearbox drive and box ways are more appropriate, but they are difficult to find on smaller, C-frame, vertical machining centres. 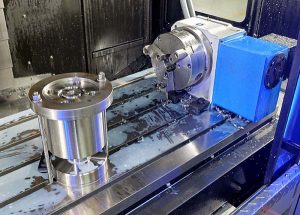 However, LB Bentley, based at the Kingfisher Business Park in Stroud, part of the Severn Glocon Group, has identified a suitable platform for producing its subsea valves, and also its filter and dryer equipment, from tough materials: the AA1165 VMC with 1100 x 650 x 600 mm working envelope built by Toyoda joint co-operation company Wele. One such machine was installed at the start of January 2019 and a second is due for delivery shortly. The sales and service agent in the UK and Ireland for the Taiwanese machine manufacturer is Whitehouse Machine Tools.
Although LB Bentley’s existing production equipment has served it well, the company wanted initially to replace two VMCs with new machines capable of meeting the tight positional tolerances and surface finish required when producing components from a range of difficult materials, including 625, 718, 725, 825 and 925 nickel alloys and Duplex/Super Duplex stainless steels.
One of the difficulties with the ageing VMCs was the inability to mill by circular interpolation a sealing surface without four quadrants being visible and lines apparent at each change of axis direction, with the attendant risk of parts being rejected. Quality is paramount, with ±1.5 µm dimensional accuracy and 0.4 mm Ra surface finish required. 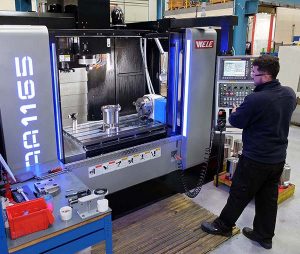 The AA1165 machine, fitted with a high-pressure (70 bar) coolant system, has proved itself easily capable of achieving the drawing tolerances when machining nickel and steel alloys. Features of the Wele that secure a combination of heavy cutting performance and precision finishing include: two-speed, auto-change gearbox drive to the 18.5/15 kW BIG Plus 8000 rpm spindle, which delivers up to 469 Nm of torque; hand-scraped square-section guideways; rigid construction; up to 10 m/min cutting feed rate; and 36 m/min rapids in X and Y, and 20 m/min in Z.
The machine’s Fanuc 0i-MF CNC is already prepared for controlling a fourth axis, which is an optional extra offered by Whitehouse on the AA1165, whose 1300 x 650 mm table has plenty of room at one end to accommodate it.
LB Bentley’s operations manager Andrew Kethro says: “We have been extremely pleased with the performance of our new machine. It is very rigid and the load monitor highlights that the machine can easily cope with the materials and depths of cut specified. So these machines should be well set to take us into the future, regardless of what the industry throws our way. Our machinists have commented on how quiet the machine is when cutting at high torques and low speeds, 1500 rpm being a maximum here when milling our difficult alloys.
“With limited factory space, the small footprint of the Wele is supporting our 5S initiative and the continuing improvements we are making on our shop floor,” he adds. “LB Bentley looks forward to receiving a second, identical machine shortly.” 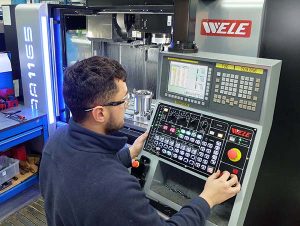 Machine shop supervisor Tracey Harnden was part of the team tasked with sourcing the new capacity. He says: “We shortlisted two alternatives to the Wele and asked both potential suppliers to run a trial using one of our existing programs for cutting an Inconel part. The spindle stalled on one machine, while the other company was unable to point us to a single user installation where their equipment cuts our type of alloys. Other CNC mills we looked at were light, high-speed models that were obviously unsuitable, and the original supplier of the VMCs that are being replaced did not even call us back.”
Harnden explains that Whitehouse carried out the cutting trial on LB Bentley’s material using the program and tooling from Stroud for the designated part, which initially needs rigorous fly cutting across the top of the billet. He witnessed the demonstration at the supplier’s technical centre in Kenilworth and noted the quietness of the process due to the machine’s rigidity and low levels of vibration. The latter attribute contributed also to the required accuracy of machining and surface finish being achieved.
A further point in Wele’s favour was the low spindle load when cutting the part. Operators in the Stroud factory extensively monitor the load meter on all machining centres so that they can see when it rises, indicating that a tool is wearing and starting to compromise accuracy.
Kethro says: “The service provided by Whitehouse has been excellent. They recognised and understood the requirements of the machine needed by LB Bentley and were able to prove its suitability during the trial. Details of other users worldwide were provided. They have also been supportive in making minor changes to the software in the Fanuc control to allow us to run our existing programs on the new machine. The second machine will be similarly modified.”
Harnden adds: “When it arrives and the two mills they are replacing have gone, there will only be Fanuc CNCs on the shop floor, making it easier for operators to move between VMCs and giving us a greater degree of flexibility to allocate jobs to the available resource. 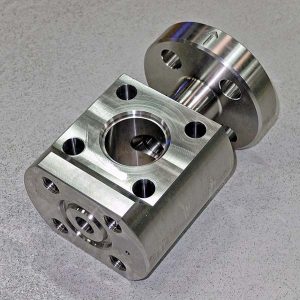 The four-axis Wele centres will work around the clock five days a week and at weekends, alongside seven other machining centres and a similar number
of lathes.”
For further information www.wmtcnc.com