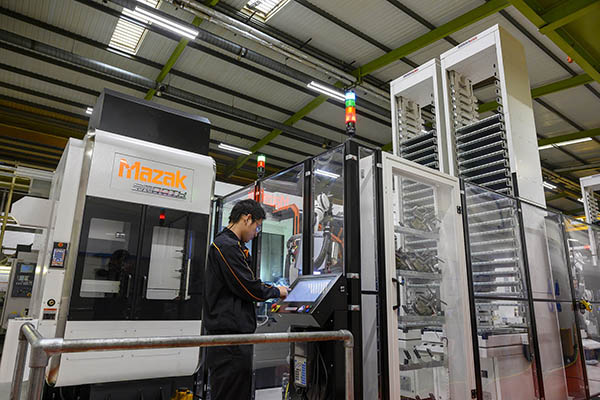 Yamazaki Mazak has made a series of major investments at its UK-based European manufacturing plant in Worcester. The multi-million-pound investments include two manufacturing cells making parts for new Mazak machine tools. Each cell is equipped with an Integrex i-Series machine from Mazak’s flagship multi-tasking solutions range, and RoboJob automation. 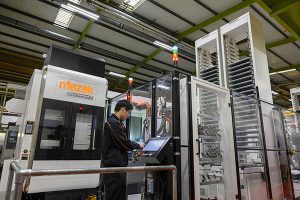 Specifically, the RoboJob Tower system is designed to deliver extended periods of unmanned running from a small footprint. The 4.6 m-high tower system is equipped with twin-elevator storage trays, with one feeding a robot for transferring workpieces to the machine tool, while the other allows the operator to replenish parts. In addition, a VTC-800 series machine has been installed in the jig-boring area.
For further information www.mazakeu.co.uk