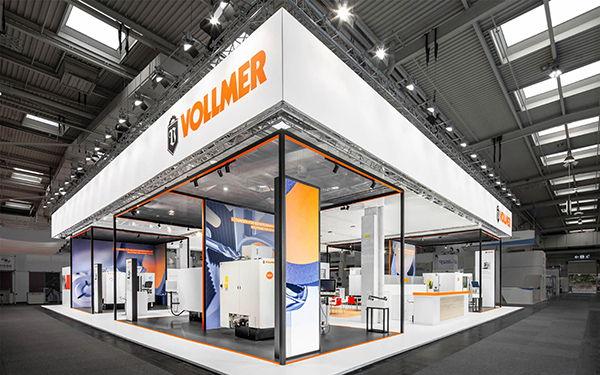 GrindTec 2020, which was postponed from earlier this year due to the COVID-19 pandemic, is set to take place on 10-13 November in Augsburg, Germany.

Among the highlights at the show will be the premiere of the new Vollmer VLaser 270 machine concept, which will be presented live for the first time. The VLaser 270 rounds off Vollmer’s range of grinding and erosion machines, making the company a full-line supplier of sharpening technologies, whether rotary tools, circular saws or metal-cutting bandsaws.

At the core of the VLaser 270 is its fixed laser-beam guidance system with novel machine kinematics. The way in which the five axes are arranged means that the tool is always machined at the pivot point of the C axis. This configuration makes it possible to produce tools with minimal axis movement and ensure stable process control. At the same time, the kinematics enables high path accuracy, which has a positive impact on machining accuracy and tool quality. The VLaser 270 can be optionally equipped with a counter point to achieve even higher concentricity, which Vollmer says makes the VLaser 270 the first of its type to offer such a feature.

Also at GrindTec will be the recently introduced Vollmer VHybrid 360 grinding and erosion machine. With this model, tool manufacturers can grind and erode various carbide and PCD tools in a single set-up.

The VHybrid 360 combines technologies and experience that Vollmer has gained in the fields of grinding and eroding over many decades. Among the key components is the Vpulse EDM erosion generator, which is said to set new standards when it comes to efficiency and surface quality. From the world of grinding, the modern machine concept of the VGrind series ensures high precision in tool machining, says Vollmer.