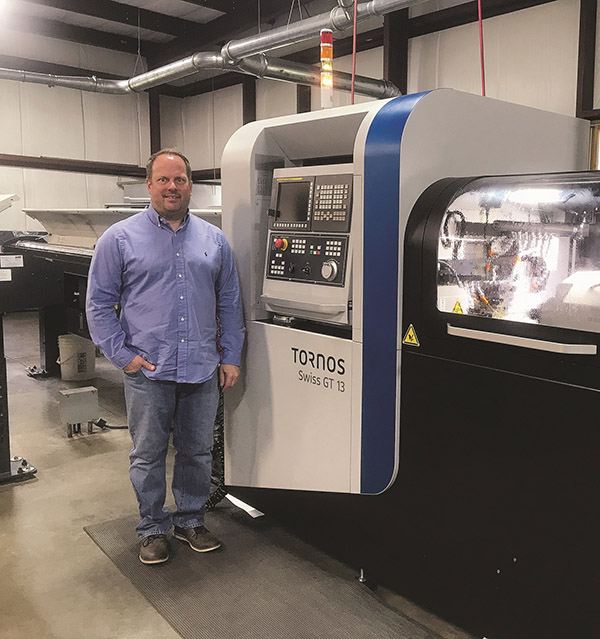 Founder and president of Minic Precision, Mike Gajewski, grew up ‘Swiss’ working on Tornos cam-operated machines from the age of 19.

Contacted for an apprenticeship by a local machine shop that operated Tornos cam machines, the role matured into a full-time job for Gajewski, who eventually worked his way up to plant and production manager. After nine years, he decided it was time to open up his own machine shop.

In 1992, Gajewski rented a 2000 sq ft space in Woodstock, Illinios, purchased six Tornos and Bechler cam machines and founded Minic Precision. Established to meet growing demand for electronic assemblies requiring high-precision contacts, he named his business Minic, an acronym based on the names of his two sons, Michael and Nicholas.

By 1995, Gajewski had filled his shop floor with 28 Tornos and Bechler cam models. Some of the early Tornos cam machine purchases included M7s, R10s and R125s, a number of which remain operational today. Even now, Gajewski is proud to have retained his association with Tornos, as highlighted by his acquisition of three Tornos Swiss CNC lathes in the past 18 months.

Minic Precision has experienced strong growth and expansion over the years, driving the company’s relocation to an expanded facility in Spring Grove. The in-house quality-control programme and ISO9001 certification are major factors behind the continued growth at Minic, and this commitment to quality is still evident in the parts produced by Tornos machines today. 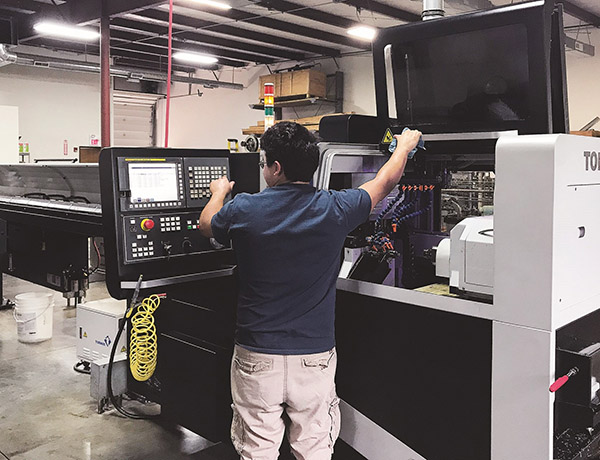 Aside from quality management, value-added engineering is also what separates Minic Precision from its competition. The company’s speciality is in micro-machined parts. When end users in stringent quality and design-focused industries such as medical, electronics, automotive and aerospace, bring their part requirements to Gajewski, the company facilitates smooth flow from design and prototyping, to production. Minic not only helps its customers to select the best materials, but offers expert machining and design processes to maximise the cost savings. This service has helped Minic build key relationships with electronics assemblers, medical companies and the US military, as well as customers in the automotive and aerospace fields.

To continue providing higher cost savings and increased efficiency over time, Gajewski realised the need to purchase a CNC turning machine when he was getting cross-over work that better-suited more advanced control. Enabling quick turnaround time was not 100% feasible or possible on the cam machines. In 2004, Minic turned to another sliding-head lathe manufacturer as Tornos was not offering entry-level to mid-range machines, only high-end lathes. Shortly after the rival purchase, Gajewski realised it was not on par with the quality that underpinned the company’s success and he began searching for a higher quality and more rigid mid-range CNC lathe. In 2015, Tornos came out with the Swiss GT series.

As Minic’s vision and goal puts quality at the forefront of what it manufactures, the company needed machines that lived up to the task. The main purchasing strategy has always been to invest in something that will go the long haul, be reliable, hold tight tolerances and provide quick chip-to-chip times. Minic also wanted a machine that could run at speeds of over 10,000 rpm on the main and counter spindles. The long-awaited solution had arrived, with Gajewski scheduling his trip to the Tornos factory at Moutier, Switzerland in the summer of 2016.

Christian Barth, product manager at Tornos, provided Gajewski with the tour. After seeing the production and assembly of the spindles and guide bushes, as well as the overall Swiss manufacturing process from design to finished machine, Gajewski realised first-hand the high-quality that goes into manufacturing a highly rigid, stable and precise Tornos CNC Swiss lathe. His visit to Tornos is what gave him the confidence to switch from a rival vendor. 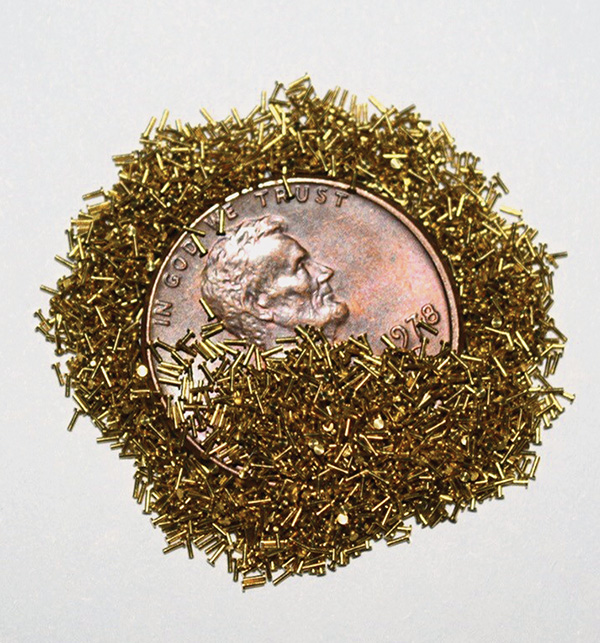 While competitors of Tornos may offer similar style sliding-head lathes, Gajewski says that “everything from the weight of the Tornos machine to the way the spindle is built, gives the Swiss GT13 durability for cutting tough materials, including exotic stainless steels, with no chatter. This is a major win for Minic and sets us apart from our competitors.”

In early 2018, the company made its first Tornos CNC Swiss sliding-head lathe purchase with the Swiss GT13. Just three months later, Gajewski purchased a Swiss DT13. The investment decision was an easy one, as both machines would be equipped with the same sets of tools after the company purchased the Tornos TISIS module.

TISIS machine communication and programming software has been a game-changer for Gajewski’s business. His production engineer, Raul Rodriguez, was able to easily learn the Fanuc control, simply by using TISIS. For example, Rodriguez can put his tools’ data inventory directly into the program file where they are loaded to the control with the part program. TISIS has been so easy to use that Minic has recently purchased the Tornos Connectivity Pack for all of its Tornos machines.

The modularity of the Swiss DT range sold the company on the machines, both of which manufacture connectors and many other small components. Furthermore, the parts handling with vacuum extractor proved a value-added benefit, especially as Minic’s specialty is manufacturing sub-miniature parts. On these two machines, the company can run at higher speeds with beryllium copper, for instance, while still holding tight tolerances.

According to Gajewski, the impeccable surface finish, which was difficult to achieve previously, has now been made possible on his Tornos CNC lathe.

Tornos and Gajewski are both committed to high-quality products. This ethos has facilitated Minic’s growth tremendously and given it the facility to handle parts that could not be processed before. A commitment to quality, design and local service keeps the company investing in more machines.
In July 2019, Minic received its second Swiss GT13 (and third Tornos CNC lathe overall). Moreover, Gajewski is expecting to purchase the new SwissNano 7 in the coming months. It is clear that an entrepreneurial spirit and commitment to consistent quality has paid off for Gajewski, and he looks forward to what the future holds for his long-held relationship with Tornos.