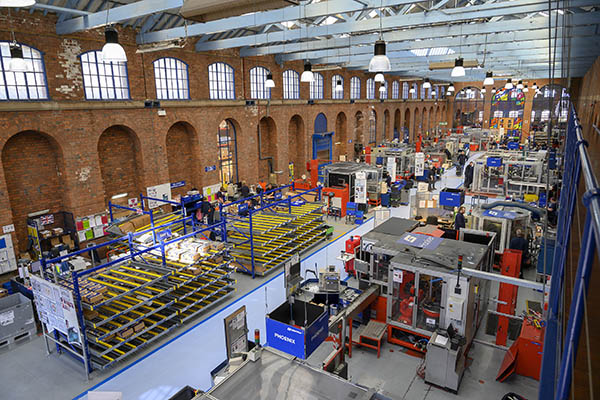 Sheffield is renowned for the way it has shaped British industry over the past 300 years. While the mines and foundries may no longer be the driving economic force they once were, one manufacturer – Gripple – has set-up shop in the city and generated a fixings empire reaching as far as Australia. 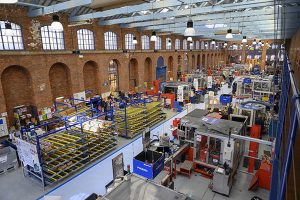 Gripple was founded by former wire salesman, Hugh Facey, in the 1980s after discussing the woes of connecting fencing with a frustrated farmer on a Welsh hillside. Setting his mind to finding an easier, safer and more efficient way of joining two wires together, the concept for the first Gripple wire fastener was born.
Fast forward 30 years and Gripple now has three sites in Sheffield, and sells products to agriculture, viticulture and construction markets around
the world.
“We’ve now manufactured over 500 million Gripple fasteners, all using production equipment we have designed and manufactured ourselves in house,” begins Tim Barker, engineering site leader for Gripple’s Old West Gun Works site. “This is no mean feat, and to keep pace with demand, we employ a robust planned maintenance strategy for all of our production equipment, to ensure it is able to maintain its maximum operational capacity.” 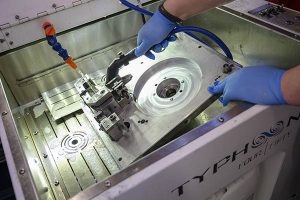 Parts washing forms a fundamental part of the company’s maintenance plans. Yet, up until four years ago, like many manufacturers and machine shops up and down the country, Barker and his team relied on hydrocarbon-based solvents and aerosol cans to clean and degrease the parts. This meant the team was exposed to some quite harmful cleaning products, simply because that was the only real way of getting the job done.
“Sustainability is a massive part of the Gripple ethos, and where possible we look to keep our impact on the environment to an absolute minimum,” says Barker. “For example, one of our sites is located next to the River Don, which has undergone massive ecological regeneration in recent years. It used to be a dead river 25 years ago, but now there are guys fly-fishing there; the kingfishers are back and it’s an abundance of life, and that’s how it should stay. As such, we have to be extremely careful when it comes to waste removal, and it was one of the key drivers for revaluating our parts washing processes four years ago.”
With a view to eliminating any potentially environmentally-harmful chemicals from its parts washing processes, Barker and the Gripple team turned to Safe Solvents in 2015. Following an initial trial of the company’s Typhoon parts-washing system, he quickly realised the huge impact it could have; not only in improving the company’s environmental credentials, but in eliminating maintenance technicians’ exposure to the health and safety risks often associated with hydrocarbon-based cleaning solvents. 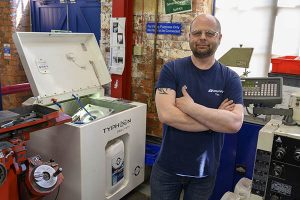 “When we first brought Safe Solvents in, I so impressed by the system – how easy it was to operate, and how switched-on the guys were – that I immediately rolled it out across the other sites,” says Barker. “The Typhoon system means all parts washing is done in a controlled, safe and environmentally-friendly way, rather than just sticking parts in a bowl or sink and using aerosol-propelled solvents.”
The Typhoon system is a modern take on an old sink-on-drum manual parts-washing machine. It provides a trio of cleaning options: tap, flow-through cleaning brush, and soaking tank, as well as trays and working areas to scrub or soak both small and large components. What really sets the offering apart from other solutions however, is the cleaning fluid.
Safe Solvent’s Advanced Parts Wash Fluid (APWF) is a water-based degreaser for general parts. Comparable with standard hydrocarbon-based solvents, it gets to work quickly on cutting through grime and includes a built-in rust inhibitor which acts as a protective barrier for most metals. Crucially, the degreaser works at ambient temperature, meaning there is no need to heat the fluid during the wash process; and it is both non-flammable and non-carcinogenic.
Says Barker: “Compared to the traditional methods we used in the past, making the switch to a modern, greener and safer cleaning solution was a no-brainer. You really can’t compare the cost, there’s a massive saving compared with aerosol-based solvents. Also, the health and safety impact is huge. In the past, all the propellants we used came with a huge stack of COSHH listings, whereas the Typhoon system is the polar opposite.
“The rust inhibitors are great from a maintenance perspective, too,” he continues. “They help prevent oxidisation forming on the surface of materials, as if a part is not fully clean it can be quite difficult to spot a surface defect or fault which could in turn impact production once that part is refitted within a machine.”
As well as helping to de-risk Gripple’s maintenance programmes, up to 80% of Safe Solvent’s cleaning fluid can be recycled as a traffic film remover. 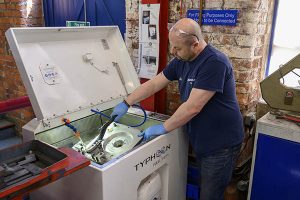 “Once we’ve used the fluid and it’s been recycled, any excess is offered to the team to be used as a cleaning product for their own garages at home,” explains Barker. “It’s great for cleaning car alloys. From my perspective, it’s fantastic to be able to recycle the fluid, but I’m also confident in the knowledge that I’m not sending anything out there that is harmful to the environment.”
He concludes: “Ultimately, making the switch to Safe Solvents’ parts-washing system has been a huge tick in our environmental box. I know that any fluid spillages are safe and will do no damage to our employees or the environment. They’re a company I want to grow with us, so that when we introduce new ways of manufacturing parts, they can help us do so in a safer, easier and ultimately better way.”
For further information www.safesolvents.co.uk