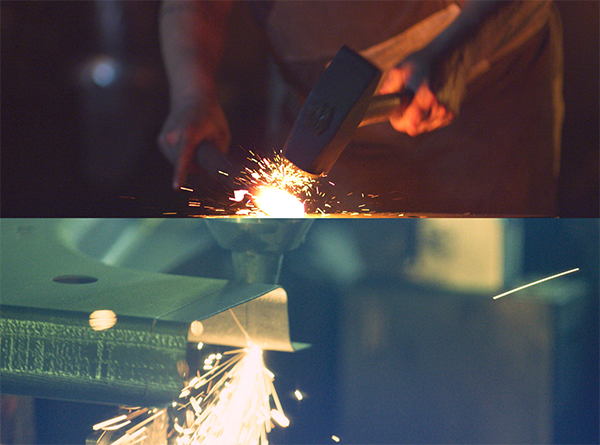 Once it was a technique that helped protect knights in armour from the crashing blows of their rivals. Now, Ford is applying a cutting-edge version of the same technology to help make its cars safer than ever. The first fully automated hot-forming process shapes and cuts parts of the all-new Ford Focus – which are integral to protecting drivers and passengers – using large furnaces, robots and 3000°C lasers.

The hot-forming line – fully integrated within the company’s Saarlouis vehicle assembly plant in Germany – was built as part of a recent €600m investment in the facility. Hot-formed steel pieces are subjected to temperatures of up to 930°C, unloaded by robots into a hydraulic press that has a closing force up to 1150 tonnes, and then shaped and cooled in just three seconds. The boron steel is so strong by this point that a laser beam hotter than lava is used to precision-cut each piece into its final shape.
For further information www.ford.com