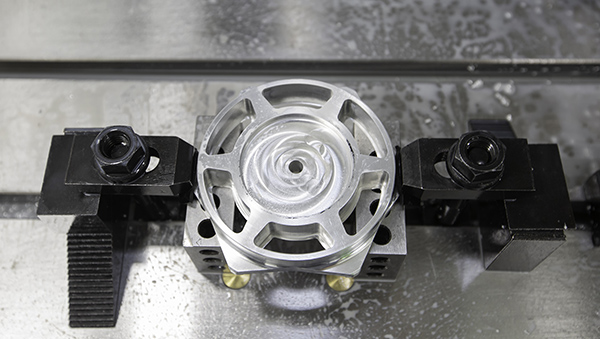 For almost 50 years Southend-based Rega Research has, to the point of “obsession”, used engineering as the basis for the design and manufacture of its home audio systems. Employing engineering to produce the best music for its customers, while maintaining a high level of reliability and affordability and, wherever possible, a strong UK-supplier base, has led to innovative designs that are both aesthetically pleasing and produce the highest sound quality. This combination has created a loyal customer base, with the past two years seeing significant sales growth, which resulted in its latest investment in an XYZ 750 LR vertical machining centre.

Rega Research is owned by company founder Roy Gandy, who struggled to find an audio system that met his expectations. He was advised, possibly by a frustrated audio dealer, to “build his own” if he could not find what he wanted. The rest, as they say, is history.

Using engineering skills gained in the automotive sector Gandy reviewed what was available, and even the best turntables at the time were said to “offend his sensibilities”, so the quest to re-engineer and create new concepts in audio began. The company now designs and assembles a full range of home audio equipment, including turntables, amplifiers, phono stages, CD players, tonearms, cartridges and speakers. Production stands at over 5000 turntables every month made up of 3000 units a month of its entry-level P1 turntable, over 1000 a month of its mid-range P3 turntable and even 70 units a month of its range-topping P10 turntable, which retails at around £5000. Add these to its other products and production tops 10,000 units every month. The company assembles all products in-house, with components sourced mainly in the UK.

There is a subtle difference between music lovers and hi-fi enthusiasts and Rega’s products appeal to the former: “Our customers love music – many would go to concerts daily if possible – so we strive to deliver a level of quality that can replicate that experience for them,” says Ky Gandy, supplier co-ordinator at Rega Research.

“The lockdown arrived and, while the first few weeks impacted on operations, it also had a positive effect,” says Ky Gandy. “Sales boomed due in part to people being stuck at home, many with more disposable income.”

This significant growth added pressure to Rega’s tool room, which was populated with manual machines to produce assembly jigs and test rigs, as well as some prototype machining. A move to CNC had been on the cards for many years, but had been put off for several reasons, particularly lack of space. A re-organisation combined with increased workload finally allowed the purchase of an XYZ 750 LR vertical machining centre to go ahead. The machine will be used on a variety of materials from aluminium and high-pressure laminate through to MDF, so Rega opted for the 12,000 rpm model and, for added versatility, the 4th axis and 24-position arm-type tool-changer options. Notably, the XYZ 750 LR features linear rail technology. 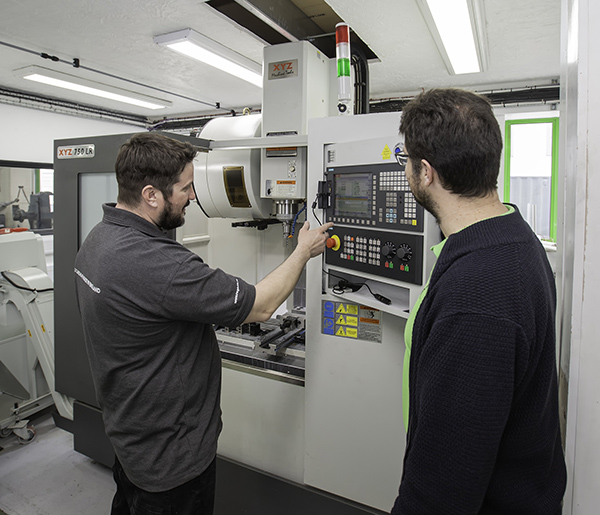 “We had been looking at introducing CNC to our tool room for several years,” says Ky Gandy. “We did our research, as we do with all our suppliers, and while the machine was important, ongoing support and service was a priority. This resulted in a shortlist of one: XYZ Machine Tools. During our search we kept coming back to XYZ and, in the end, it became a straightforward choice due to the confidence we had in their ability to support us with technical and aftersales help.

“We also received glowing reviews from our existing component suppliers,” he adds. “Another factor that made the decision easier was that during the quotation process they didn’t try to upsell. We indicated an interest in their HD machines, but they did the right thing and sold us the machine we needed, not what we thought we wanted.”

The aftersales service was immediately put to the test for the delivery of the machine, which due to limited access had to be stripped back to its carcass and re-assembled in-situ, a process that took just four days from unloading to powering up and running.

Throughout the pandemic, focus was on delivering audio systems to meet demand, so product releases were put on hold. Now, with a degree of normality returning, new products are on the horizon with new turntables and amplifiers ready for launch this year. 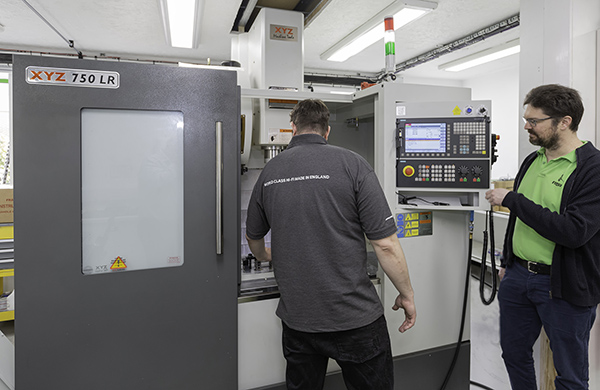 As a result, Rega Research will see an increased workload for the XYZ 750 LR in terms of machining development parts, as well as the testing fixtures required. Having the machine will enable Rega to respond quickly to change, and meet increased demand for fixtures from its assembly department.

There are no plans for the XYZ 750 LR at Rega to be used for production work, but it is filling a need for reworking existing stock components that may need rectifying or adjusting. A recent example was a batch of plinths that were out of concentricity tolerance on two bores.

“The obvious solution was to return the entire batch to our supplier, but that isn’t the Rega way of doing things,” says Ky Gandy. “We respect our suppliers and accept that occasionally errors arise, so we took the decision to rectify the parts ourselves. We used the XYZ 750 LR to manufacture a fixture, which it was then able to use for reworking the parts to within microns, something that saved time and money thanks to the efficiency of the machine.”

For the past 50 years Rega Research has stuck to its belief that applying the best engineering processes not only creates value for money, but the highest sound quality.

“There’s an assumption that to be high-end, and made in the UK, it has to be expensive, but through application of engineering disciplines we’re able to deliver what our customers want: a product that generates high-quality music in a cost-effective and an aesthetically pleasing way,” concludes Ky Gandy. “This isn’t always easy, as developing parts to meet our founder’s guiding principles can sometimes take two years, and they may not be the easiest components to manufacture. One example is our one-piece tonearms, which require detailed tooling for die casting. However, the result gives high stiffness and reduces their weight down to 34 g, enhancing their performance. Working with our suppliers there is always an engineering solution to be found.”