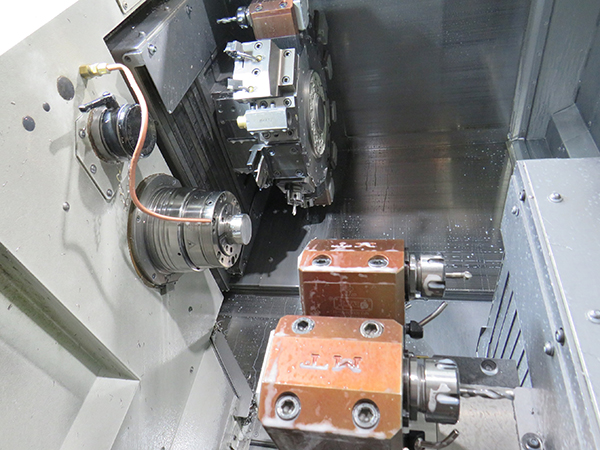 Upon the formation of HPC Services Ltd in 1997, the company started with a single sliding-head turning centre. Since that point almost 25 years ago, the Ilkeston-based company has invested heavily in sliding-head turning technology for small part turning. However, for almost everything outside the dimensional realms of sliding-head machines, the subcontractor has put its faith in turning centres from Nakamura-Tome. Supplied and supported by the Engineering Technology Group (ETG), the Nakamura-Tome machines at HPC have provided productivity and flexibility for everything from simple to complex turning, as well as the machining of prismatic parts from bar.

“I think we bought our first Nakamura machine around 2003, and we’ve had them ever since,” recalls Paul Cobb, managing director at HPC Services.

Now with five Nakamura-Tome CNC turning centres on the shop floor, the subcontract manufacturer invested more than £600,000 in three machines between August 2018 and June 2019. The Nakamura WT100 and two WT150II machines followed the July 2017 arrival of a smaller Nakamura AS200 MY turning centre with live tooling and a Y-axis facility.

At that time, Cobb said: “As a subcontractor, you don’t know what is going to come through the door on any day, so these machines are perfect. We mostly use them for making mill/turned parts, on medium-sized production runs from a few hundred components to a few thousand, which is a real sweet spot for us.”

As part of the Hemlock Group of companies, HPC has more than 17 turning centres and 25 employees producing components for the industrial equipment sector. This includes fire-suppression equipment, printing machinery, scientific devices, packaging machinery, camera equipment and braking systems for the rail industry. The company typifies the subcontracting sector with its diverse workload, the variety of industries it supports and the expansive diversity of materials it machines and the services provided. With this thought in mind, the company has added yet another Nakamura-Tome turning centre, a WT150IIF model, which arrived shortly before Christmas.

Confirming why the Nakamura-Tome turning centres are so popular, Cobb says: “A few years ago Nakamura upgraded their older machines with new controls and much more rigid and powerful driven tooling. The machines were really good before, but now they have changed the game – and we simply had to invest in the new technology when it came out. 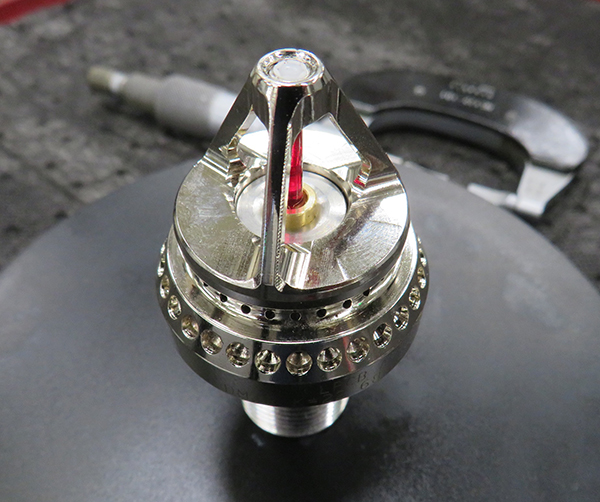 “As a business, we’ve built up our Nakamura models over the past couple of years, and the latest machine is testament to both the success we’ve had with the Nakamura machines and our investment programme,” he adds.

Before the investment drive in new Nakamura machines, HPC Services previously had the older models of the Nakamura brand.
“The residual value of these machines is unbelievable,” states Cobb. “We recently sold a Nakamura machine 13 years after we first purchased it, and we sold it for 50% of the purchase price. The loss you make each year really isn’t that much. It caused a problem when we sold the machine because we had written it down very low year-on-year so, when it came to selling the machine, we actually made a profit.”

Discussing the difference between the twin-spindle, twin-turret Nakamura-Tome WT100 and Nakamura-Tome WT150IIF, which both have Y-axis capability, Cobb says: “The WT100 is a smaller machine, making the kinematics and movement a little bit quicker.

Continues Cobb: “The Nakamura machines have a lot of versatility and the ability to throw many driven tooling stations at the components. So, if you want to make fully milled parts with complete automation, you can. For example, it can be quite difficult to automate a machining centre, but if you can mill a prismatic component out of round bar, you are better off making the parts on a Nakamura machine. We do quite a lot of that type of milling work on the Nakamuras. 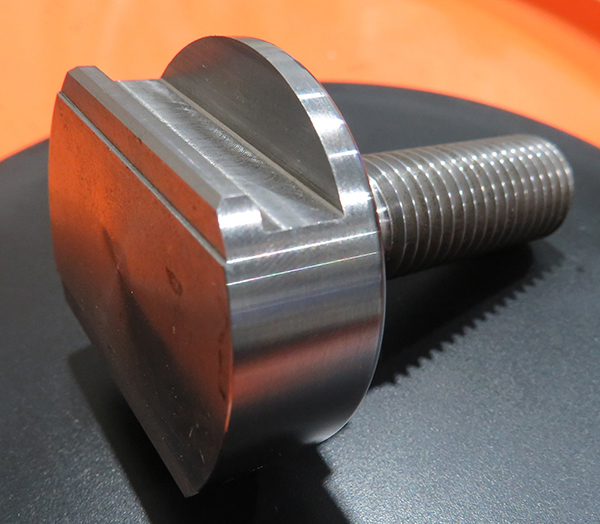 “Additionally, you don’t want to be putting your turned components on to milling machines after they have been turned, as it can knock all of your geometric relationships out. So, if you can make components in a single operation on a turning centre with all the complex milling and drilling, the quality of the finished part is far superior. Furthermore, the cost per component comes down as there is less handling of the parts.”

This is exemplified by the set-up of the latest Nakamura machines, which are all equipped with barfeed systems and a part accumulating Rota-Rack system from Hydrafeed. This configuration permits unmanned machining for upwards of 18 hours.

“The machines are also suitable for simple component runs,” says Cobb. “Our Nakamuras are very capable machines that do not take long to set up with the new control system, making them suitable for simple components. To make these machines justifiable on simple parts, we tend to do a minimum batch of 50 to 100 – that is our entry point for balancing productivity rates against set up times.”

Alluding to the flexibility of the Nakamura-Tome, Cobb states: “We have a really good team of people. This includes two or three highly skilled operators and a couple of apprentices, and they are all perfectly capable of setting these Nakamura-Tome machines. This gives our business the ability to switch components every day if we want.”

HPC Services has been delighted with the enhancements to the new models in the Nakamura-Tome range in terms of stability, rigidity and performance, but nowhere is this better emphasised than in the new Smart X CNC control panel. Working on a Windows platform, the FANUC-based control system introduces a multitude of innovations via a user-friendly and intuitive touchscreen interface. Some of the new technologies include a 3D Smart Pro AI system that automatically analyses CAD models to determine geometries, cutting tools and paths, as well as machining sequences. From this, a CNC program can easily be created to slash programming times and set-ups. 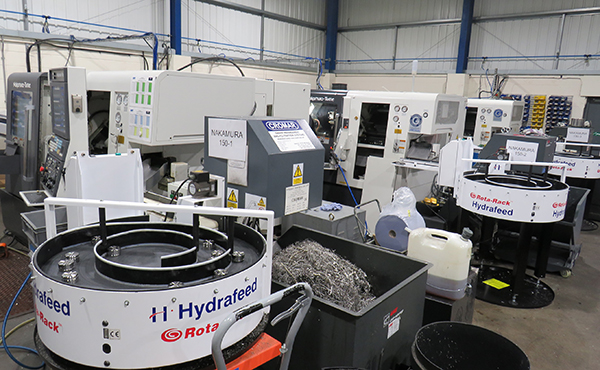 The Smart X system also introduces the NT Thermo Navigator, which uses AI-based machine learning to compensate for thermal growth, thus improving machine set-up and run times, along with precision. In addition, the CNC unit incorporates a simulation and overload function, the NT Work Navigator and an Industry 4.0 interface for complete connectivity.

Discussing the new format of the CNC on the Nakamura-Tome machines, Cobb says: “The old control systems were much more complicated. This new format has simplified the whole programming process, because a lot of it is feature orientated. So, if you are pocket machining or anything like that, there are many cycles built into the system and a lot of mathematical help to support you in working out dimensions and corners. As a result, you don’t have to use a CAM system. For everyday prismatic parts, the CNC control on the Nakamura is perfect.”