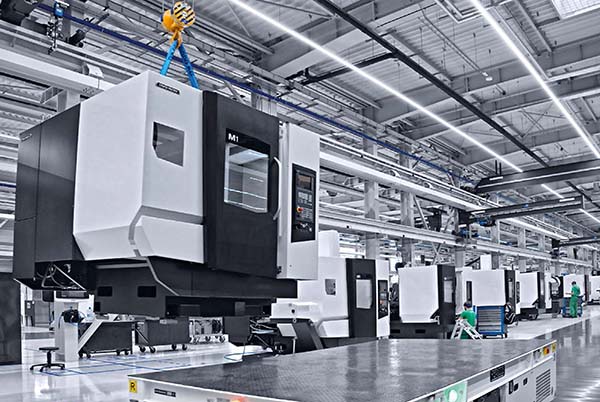 DMG Mori has entered the vertical machining centre market at the lower end of the price range with a new, nominally half-metre-cube model, the M1. Costing £54,000 (the least expensive in the company’s portfolio), DMG Mori builds the machine at its factory in Poland. Finance for the M1 is available through the group’s own leasing company, DMG Mori Finance.

Company director James Clist says: “Repayments on an M1 would be only £830 per month and, as for all our machines and automation, we offer a six-month break before repayments start. During that time it is feasible for a firm to earn £30,000 of income based on single-shift working, before the first instalment is due. If the machine works a double shift, it could be amortised before the user even starts paying for it.”

The machine features a 2400 kg, monolithic, thermally stable bed casting. Axis travels are 550 x 550 x 510 mm and, at 850 mm, the length of the fixed table is much longer than the X-axis stroke to allow for considerable component overhang. Table width is 650 mm, while maximum load is 600 kg.

Control is by a Siemens 828D and programs are fully compatible with the 840D CNC system. NC cycles generated by a CAM system can be easily imported and a DXF reader is available, as is the Siemens ShopMill user interface. DMG Mori currently has stock of the machine within the UK.