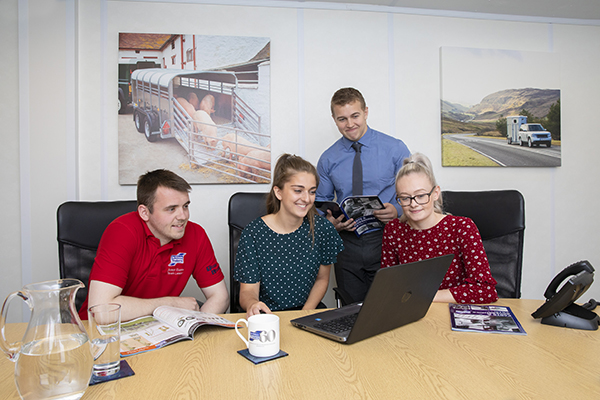 Europe’s largest trailer maker has created 150 new jobs with the help of the successful launch of two flagship horseboxes.


Ifor Williams Trailer is looking for extra staff across its four sites in Cynwyd, Corwen, Sandycroft and Deeside. Roles include production managers, production operatives, welders, design engineers and administration staff. Apprenticeships are also available at the company’s Weld Academy.
Ifor Williams Trailer is ramping up production of its HBX and HBE horseboxes. The design of the aluminium-built HBX trailer took its inspiration from the automotive industry, with a nod to the sophisticated ruggedness of the Range Rover and its ‘floating roof’. Demand is also high for other ranges, including livestock trailers, car transporters, ‘business in a box’ trailers, box vans, and flat bed and general duty trailers.
For further information www.iwt.co.uk