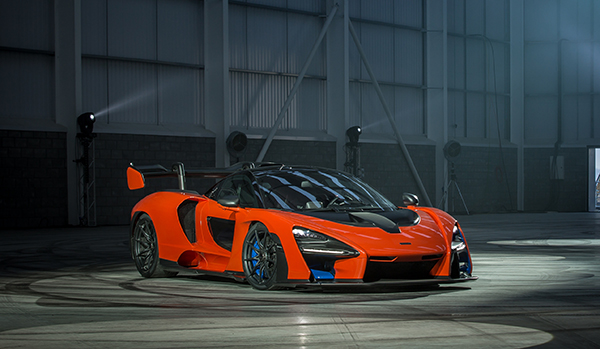 A key milestone was marked recently at a Yorkshire manufacturing centre, which from 2019 will start producing carbon-fibre tubs for McLaren Automotive, the British creator of luxury sports cars and supercars. The £50m McLaren Composites Technology Centre (MCTC) is nearing completion at the Advanced Manufacturing Park in Rotherham and is the result of an ongoing partnership between McLaren Autotmotive and the University of Sheffield’s Advanced Manufacturing Research Centre (AMRC).

After a launch at the AMRC’s Factory 2050, McLaren Automotive chief executive Mike Flewitt was on-hand to illuminate the famous marque’s sign in the new manufacturing centre. The recently unveiled McLaren Senna road car then performed a series of expertly choreographed ‘doughnuts’ to leave a trail of fresh Pirelli tyre rubber on the new centre’s floor to ‘christen’ it – McLaren style.
For further information www.cars.mclaren.com