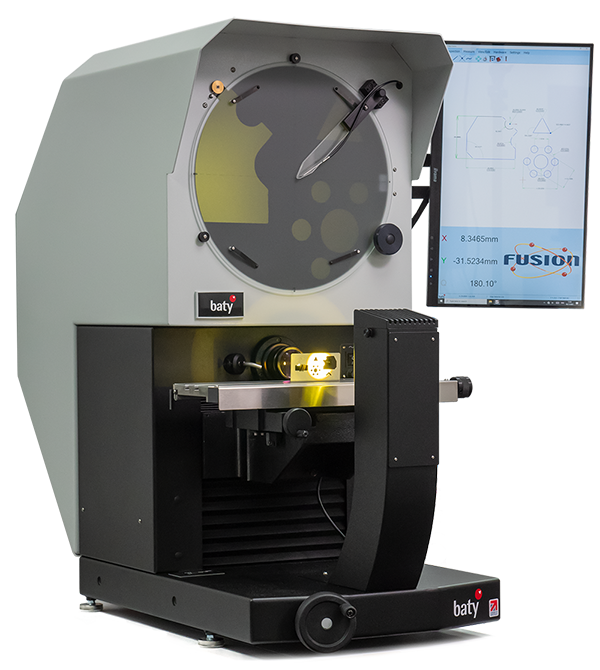 The longest-standing profile projector manufacturer in the UK, Bowers Group, has launched an improved version of the Baty R400. This new bench-mount profile projector combines high-accuracy, non-contact measurement and in-depth inspection. Its robust design makes it suitable for use both on the shop floor and in the standards room.

Among the improvements are positive adaptations to the lighting system and focal length that make it suitable for a wide range of parts. The integration of the LED lighting system replaces the existing Halogen profile lighting, reducing annual service costs and eliminating potential downtime due to lamp failure. However, the LED system still incorporates helix adjustment for thread measurement and runs at much lower temperatures than the traditional halogen set-up.

Other improvements include changes to the focal lengths of the lens, thus facilitating larger components. With lenses available in 10x, 20x, 50x and 100x magnification, and with an increased distance between the lens and object, there is more space to measure bigger and more complex parts quickly and efficiently. The use of a common, spring-loaded detent lens-mount enables fast and easy lens changes without any need
for tools.

The new model comes with the screen-mounted optical edge sensor now set in a fixed arm so that the screen can rotate independently of the probe itself, maintaining the cross-hair/probe offset that is stored within the FT2-E software. An internally mounted edge sensor option is also available if required, leaving the projector screen completely unobscured. The feet of the machine are in the same position, meaning the footprint of the new R400 is identical, and remains compatible with the existing cabinet stand.