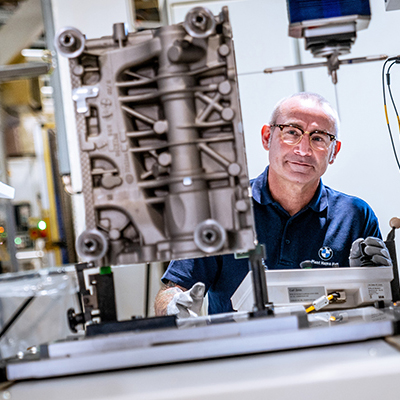 BMW Group’s Hams Hall engine manufacturing plant, located in Warwickshire, has reached a major milestone. Officially opening and starting production in 2001, the plant is marking 20 successful years of manufacturing three and four-cylinder petrol engines. A committed workforce of more than 1000 people support day-to-day operations at the site, around a third of whom are also celebrating their own 20-year or more contribution to the plant.

As well as engine assembly, a high-tech machining hall is a core part of the Hams Hall site, producing key engine components such as crankshafts, cylinder blocks and cylinder heads. Large investment over the past decade has meant the plant is also able to produce these parts for other BMW Group engine plants, with annual production exceeding more than 1 million components.