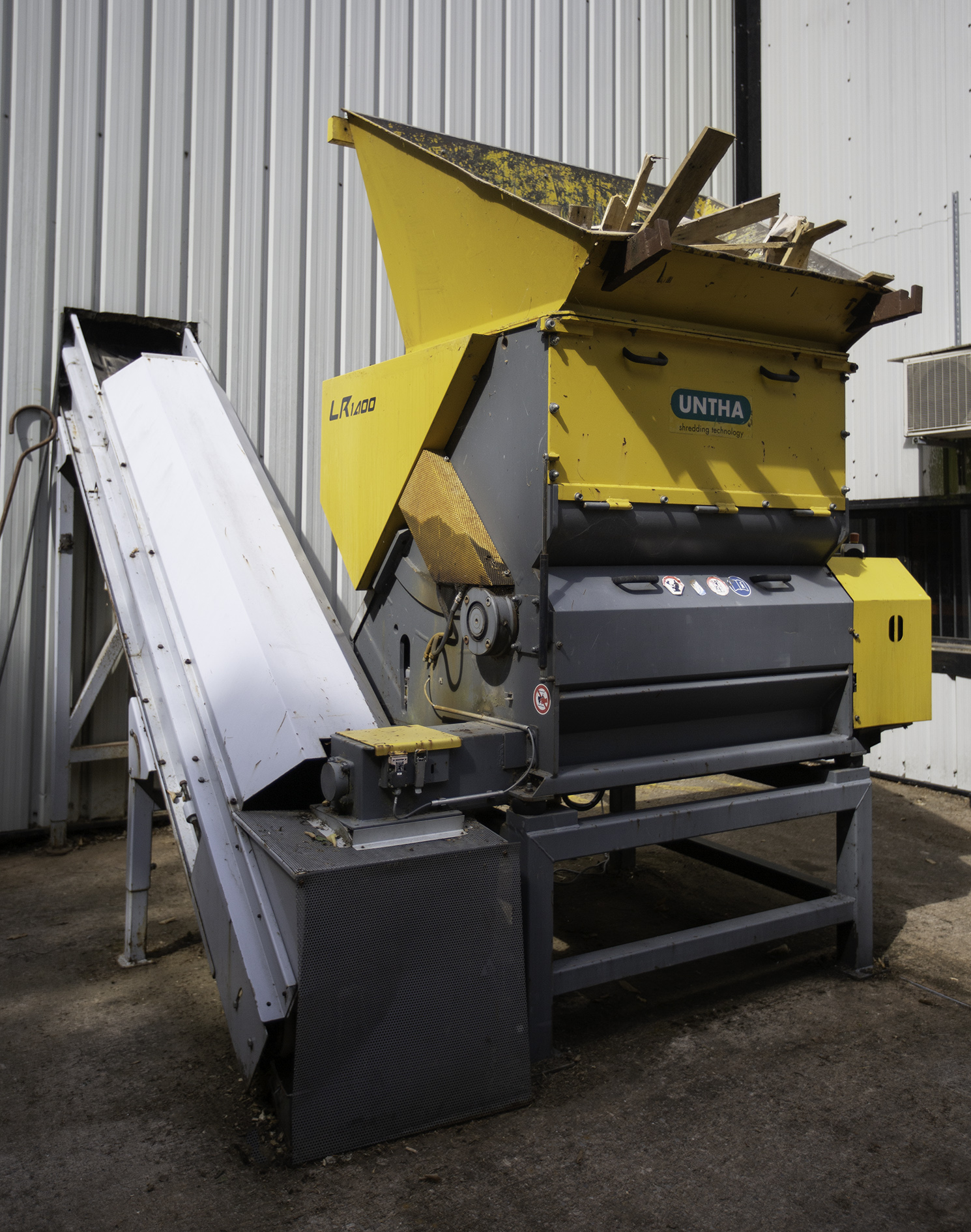 The energy price crisis is well documented with bills doubling for many, which is leading individuals and businesses to look at alternative and environmentally-friendly ways of tackling the problem. At XYZ Machine Tools the issue was not just energy costs, but also the environmental and financial impact of disposing of over 100 tons of wood every year, the majority of which went to landfill.

The volume of wood is generated from the pallets that its machines are delivered on, XYZ Machine Tools investigated every option to re-cycle/re-purpose these pallets, but the costs involved to make the timber useful meant that nobody was willing to take them, meaning the only option at the time was landfill. “We tried everything we could to make use of these pallets, but the time and cost involved in removing nails and bolts and sorting the wood, given that we had two tons/week to deal with simply made it unviable for anyone to be interested,” says Nigel Atherton, Managing Director, XYZ Machine Tools.

Removing this volume of wood to landfill also came with the significant cost of over £50,000/year for transport and landfill charges. Add to this the then £25,000/year gas bill to heat the factory and with business growing and factory extensions in the pipeline these costs would only increase. An alternative had to be found and that came in the shape of a biomass boiler. XYZ Machine Tools’ initial research showed that the economic benefits of investing in this system were significant as well as the positive environmental impact of delivering near carbon neutral heat to the factory. The investment would be around £180,000 to include the biomass boiler, hot air distribution system, an industrial scale wood chipper, and a bulk fuel store and feed system that delivers fuel to the boiler as and when required.
The installation of a Froling TX200 250kW Woodchip Biomass Boiler with an attached Untha wood-chipper that feeds a silo that can contain 10 days worth of wood-chip, resulted in annual saving of around £100,000 as a result of eliminating costs for transport, landfill, and the gas bill, as well as a rebate for the energy saved. These savings were at a time prior to the current spike in energy costs, so savings generated now may well be £25,000/year greater. The rebate is due to the system at XYZ Machine Tools qualifying for the UK Government’s The Non-Domestic Renewable Heat Incentive (RHI) scheme [now closed to new applicants] which provided business with a cash incentive for every kWh of heat generated, which has to be monitored along with the volume of wood used, along with samples of the wood. Businesses that qualified for this scheme receive a quarterly index linked rebate over a 20 year period.

All of the wood used is sourced from pallets and packaging within the business, and XYZ Machine Tools had to register as a ‘self-supplier’ and work within the constraints of strict rules as to what type of wood can be used. As part of that process the company became certified by Woodsure, the UK’s only quality certification scheme that identifies responsible and trustworthy fuel producer or supplier. This certification demonstrates an ability to
produce fuel to the correct standard. This certification is further backed up by Ofgem that confirms that emissions are within acceptable standards.

While XYZ Machine Tools had a ready-made source of fuel for its biomass boiler the efficiency of the systems, especially in the current economic climate is compelling. A biomass boiler provides increased efficiency thanks to the burning process where the fuel is burnt at around 600˚C. The gas created in this burn is then subject to a secondary combustion with air being introduced to increase temperatures up to 1200˚C. These super-heated gases then pass through a heat exchange system containing water, this is then pumped around the building to maintain a comfortable working environment when outside temperatures drop.
www.xyzmachinetools.com