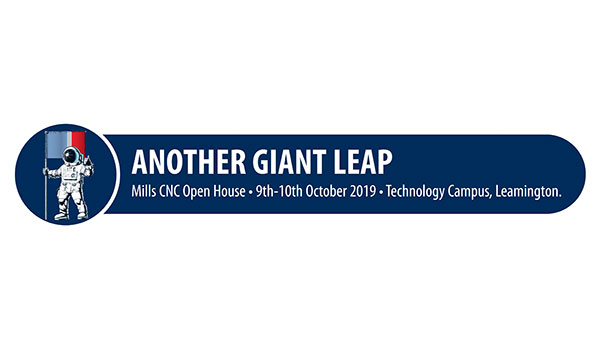 Mills CNC, the sole distributor of Doosan machine tools in the UK and Ireland, and home of the CNC Training Academy, has announced that it will hold an open house at the company’s Technology Campus facility in Leamington on 9-10 October.

Branded ‘Another Giant Leap’, the event will make more than a passing nod to the Apollo 11 mission and the moon landing which occurred in 1969. The open house will host a total of 15 Doosan machines, including a number making their UK debuts. Mills CNC will also exhibit its latest industrial and collaborative robot (cobot) solutions to visitors
for the first time.
For further information www.millscnc.co.uk