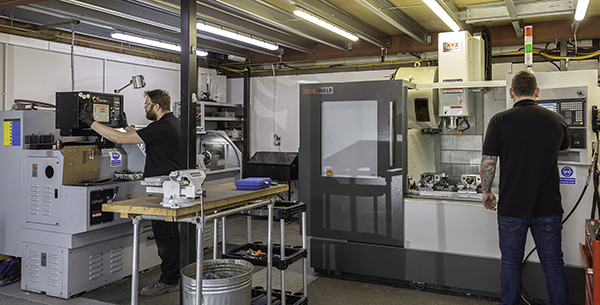 Metallic Elephant, based near Colchester, developed its own range of hot-foil presses around five years ago, a move that led to the company fulfilling demand to many household brands around the globe, including Samsonite, Next, Harrods, Burberry, Hackett, Prada and Tiffany. 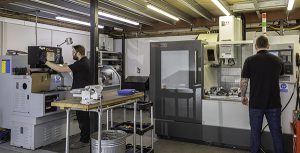 Demand is such that Metallic Elephant typically builds and delivers 350 presses along with associated dies and letter sets every year. Key to Metallic Elephant’s success is its speed of response to customer orders for both machines and dies. However, with 25% year-on-year growth over the past four years, the company was drawn to the prospect of bringing machining in-house.
“Delays caused by quality were beginning to impact on our ability to maintain deliveries, so we had to make changes,” says Wayne Mason, Metallic Elephant’s manufacturing manager. “The first step was our turning capacity, so we replaced an old manual machine with an XYZ SLX ProtoTRAK-controlled lathe. This addition made us realise
the potential of CNC
as the ProtoTRAK control was so straightforward and it certainly influenced our next purchase,
an XYZ 1000 LR vertical machining centre.
“The arrival of these two machines has given us control over manufacturing as we are now machining around 30% of our parts in-house, a figure that is sure to increase,” he adds. “As a result, we’re also making things better and more efficiently, which in turn makes us more cost effective and able to compete globally.”
For further information www.xyzmachinetools.com