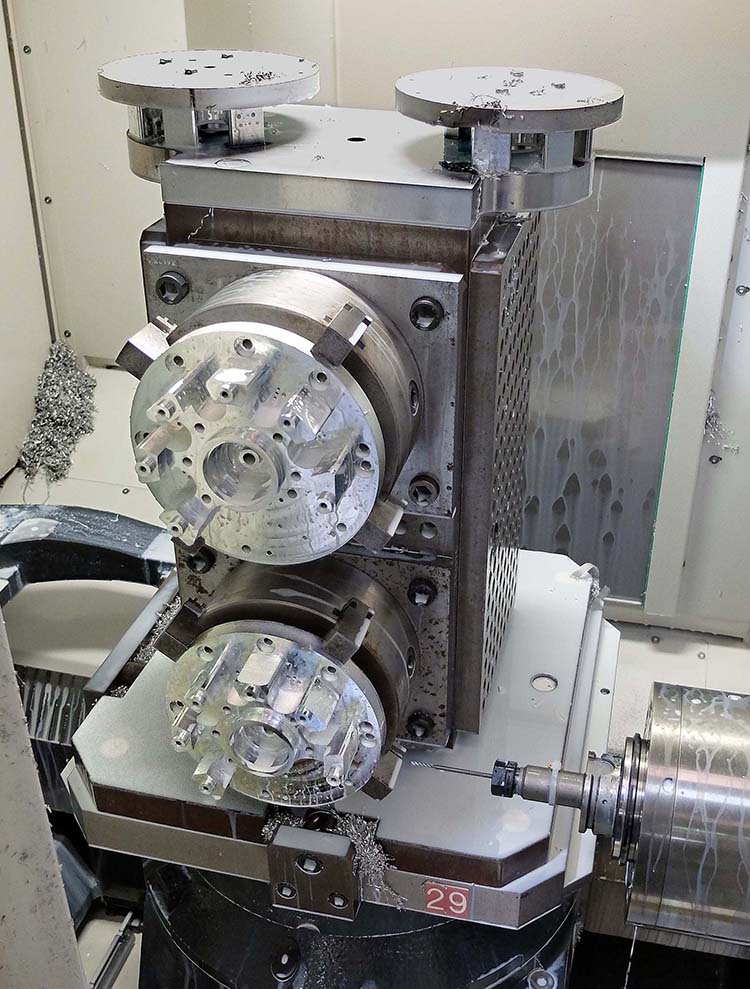 The manufacture of braking systems for rail vehicles is the specialism of Knorr-Bremse Rail Systems UK, which says that its patented EP2002 distributed brake control is recognised as the best in the world and the de-facto standard on all new trains for London Underground as well as metros in Bangkok, Dubai, Manila and throughout China. 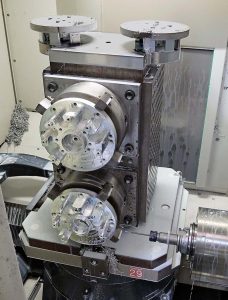 Designed at the company’s engineering and manufacturing facility in Melksham to a very high specification, which includes 25 µm dimensional tolerances and a mirror finish of 0.2 CLA in the valve bores, the products comprise eight main prismatic parts. They are machined at a production facility in nearby Knorr-Bremse Corsham from solid aluminium on six Heller twin-pallet HMCs. The latest was installed in July 2017, fitted with a four-pallet pool.
Paul Ranford, improvements manager at Corsham, says: “Knorr-Bremse Rail Systems UK inherited four Hellers when we took over the subcontractor in Corsham that was previously manufacturing the parts for us on this site. We have since considered a couple of other potential suppliers of HMCs, but we saw no reason to change, as Heller’s UK headquarters is only two hours away. They also have a manufacturing operation there, so the technical expertise and service capability available in this country are more in-depth than would otherwise be the case.”
Ranford regards the working relationship with the supplier and the service back-up as first rate, which translates into minimum spindle downtime at the factory and the all-important high levels of manufacturing output that are needed.
For further information www.heller.biz