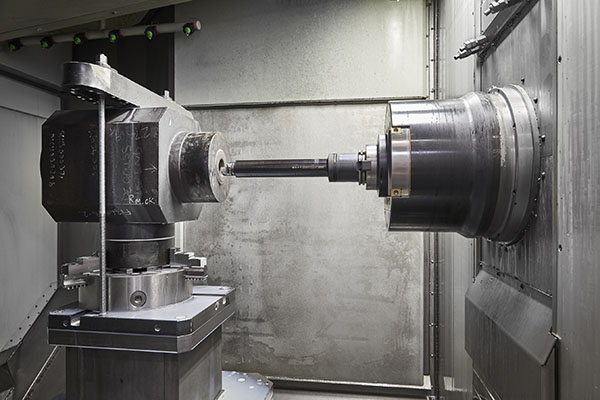 The latest investment at KOSO KentIntrol is a Heckert 630 DBF horizontal machining centre from Starrag, which is paying big dividends in the machining of valve bodies, predominantly because the machine’s ability for single set-up, multi-tasking machining has eliminated the need for two separate machines, and all the associated resetting and queuing times.


“As well as replacing separate machining operations, the Heckert DBF has effectively ‘simplified’ the production process by allowing us to load once with raw material, undertake complete machining, then unload a finished part ready for inspection,” explains Richard Addy, machine shop manager. “This also means we’re effectively getting more parts per week from the machine than when we were using separate machines by, of course, eliminating queuing times.”
Formed in 1967 (as Introl) and now a worldwide supplier of valves (choke, control and butterfly), as well as actuators and instruments to sectors such as oil and gas, petrochemical and power generation, KOSO KentIntrol purchased the Heckert DBF to increase its capacity for machining valve and globe bodies in the 1-6” range (flange outlet bore size) – from materials that include Inconel.
“Previously, we were using two machines to complete the bodies,” says Addy. “A lathe to produce the flange and plug-way in three operations; then the part often had to queue for a separate operation [and additional set-up] on a drill, the final operation. The Heckert 630 DBF offers a machining capability and specification that more than meets our needs for valve bodies.
“On Duplex bodies, for example, we’re taking 3 mm cuts at speeds of 60 m/min and 0.25 mm/rev feed rates,” says Addy. “However, it’s a careful balance between cutting depths, speeds and tool wear; we aim to prolong tool life as much as we can.”
For further information www.starrag.com