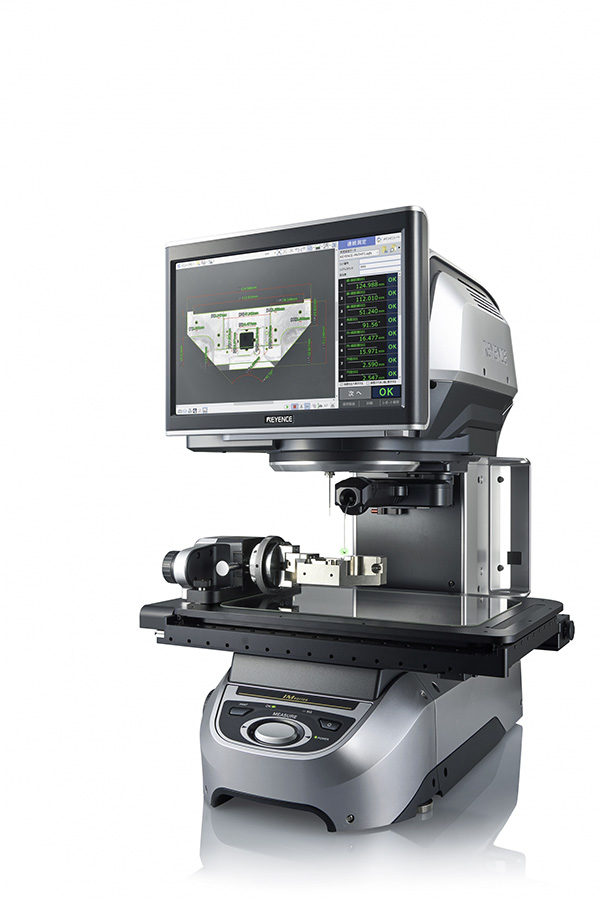 Measurement specialist Keyence has further enhanced its dimensional measurement system range with the introduction of the IM-8000, which delivers all the benefits of the previous IM-7000 series, but with even greater speed, accuracy and ease-of-use.

Boasting a rotary unit allowing 360° multi-surface measurement capability for both turned and milled parts, the IM-8000 is fitted with a 20-megapixel CMOS – more than three times that of conventional systems – as well as a new algorithm for stable edge detection. In addition to the new CMOS, the screen is now larger and features enhanced resolution.

As well as standard metrics, the IM-8000 can perform a range of new measurements, including symmetry, plane, flatness, cylindricity, coaxiality and run-out, delivering new data visualisations such as roundness graphs. Keyence says this capability makes the IM-8000 suitable for parts with even the most complex geometries.

Able to measure more than 300 dimensions per component, the system starts to measure automatically as soon as the object is placed on the stage, which now moves at up to 80 mm/s – twice as fast as the IM-7000 series. It is possible to attain precise dimensional measurements in as little as 1 second. The wide field camera now boasts single field of view accuracy of ±3.9 µm, compared with ±5 µm previously.

There is no need for positioning or datum set-up, meaning even inexperienced operators can get the most out of the system. Measurements can be rapidly set up with just a few clicks, and it is equally simple to set up virtual lines and points. The user can measure all of the specified dimensions at the touch of a button, with focus adjusted automatically.