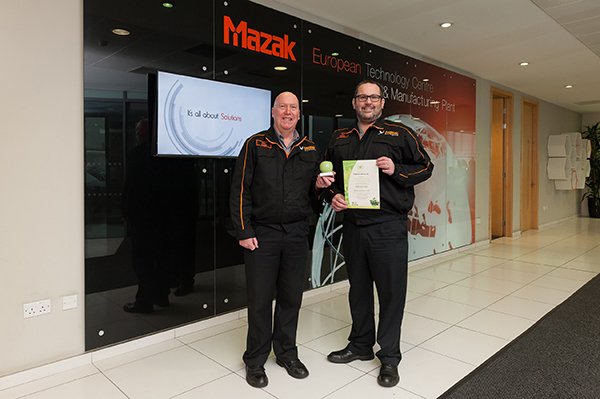 Yamazaki Mazak UK has won the Silver Environment Award at the International Green Apple Awards, for its efforts to reduce single-use plastic cups at its European Manufacturing Plant in Worcester. 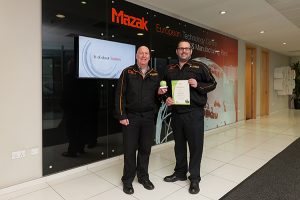 The national campaign by The Green Organisation recognises and rewards the greenest individuals, companies, councils and communities in the country, with the winners announced at a recent ceremony hosted by Liz Kendall MP at the Houses of Parliament.
Mazak competed against more than 800 other nominations in the Environmental Best Practice category, but the company’s project, ‘Reduce and Remove Single-Use Plastic Cups’, stood out. Historically, the Worcester factory was using 8000 disposable cups per month, but thanks to the efforts of Mazak’s Environment Team, this has been significantly reduced. There is now potential for the company to represent the UK in the Green World Awards 2019 and have 100 trees planted in its name as part of the United Nations’ Billion Trees initiative.
For further information www.mazakeu.co.uk