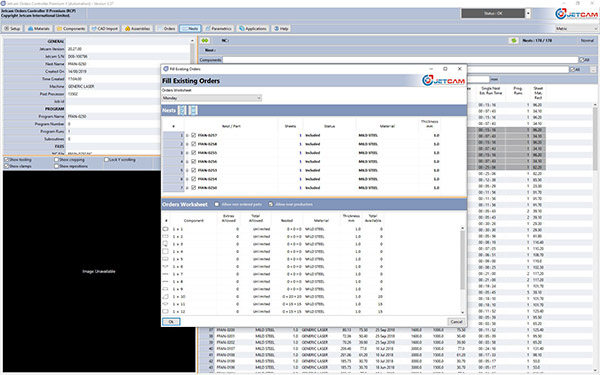 Newly created versions of Expert and Orders Controller software from Jetcam International have been released containing a variety of added features and enhancements. 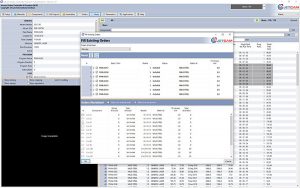 Jetcam’s Expert v20.31.00 benefits from several global interface enhancements, including a newly created screen macro recording feature that allows users to assign menu options or keyboard shortcuts to strings of commands, reducing the time to perform common functions. Furthermore, unlimited undo/redo commands allows the user to step back through multiple actions if required, while logic improvements across the board in areas such as fly cutting and common cutting can further reduce CNC cycle times.
JOC (Jetcam Orders Controller) 3.37 includes enhanced static nest ordering, allowing users to select one or more nests and see if they can be used to fulfil parts in the orders list. Users can then modify the number of runs of each nest in order to discover the optimum quantity required to fulfil the orders list. JOC can also create image thumbnails of components during CAD import, which can then be used by third-party systems, such as MRP, to show an image against a component.
For assisting customers where network stability and performance are sub-optimal, JOC now makes multiple attempts to ready component data, ensuring that temporary network glitches will not impact on processes.
“These releases focus on user experience, with features such as screen macro recording in Jetcam Expert and static nest ordering in JOC allowing users to perform tasks much quicker than before,” says Martin Bailey, general manager. “We’ve also made significant ‘under the bonnet’ enhancements to many of our automation technologies, so not only do they take less time to run, they also deliver improvements in CNC machine and material efficiency on the shop floor.”
For further information www.jetcam.com