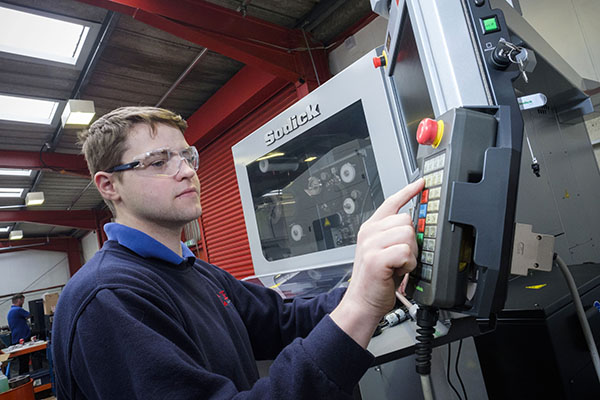 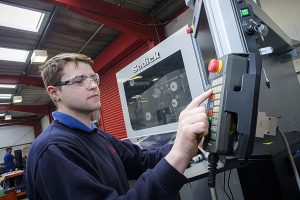 The move has seen the replacement of an existing Sodick machine that had reached the end of its useful working life. Since installation, Cowie Engineering says that the VL600Q has not only simplified programming and set-up, but boosted cutting speed by approximately 20%.
Currently, work at Cowie Engineering is focussed on a number of key sectors. For instance, the company reports that the oil and gas sector has shown particular signs of strength. Here, Cowie makes parts for wireline pressure-control equipment, deployment systems, down-hole tools and well testing gauges, often from materials such as Inconel, CA104 aluminium bronze, and 4140 and 4145 alloy steel. In addition, Cowie Engineering reports that it has just secured a contract for a new sector, motorsport, and parts required for this customer are among those currently being produced by the new Sodick VL600Q.
“The machine is kept busy producing a number of different components and features,” explains director Ross Cowie. “Typical operations include the creation of keyways, squares and splines for customers in the bottling, motorsport, and oil and gas sectors. As well as providing around 20% faster cutting speed, we’ve found that the Sodick VL600Q offers far easier programming and set-up than our previous machine. The on-board Heart NC software is really effective, which is probably why we only needed two days of training at Sodi-Tech EDM to pick things up.
“The Sodick machine has not missed a beat since it was installed, while the support from Sodi-Tech EDM has been equally good,” he adds.
For further information www.sodi-techedm.co.uk