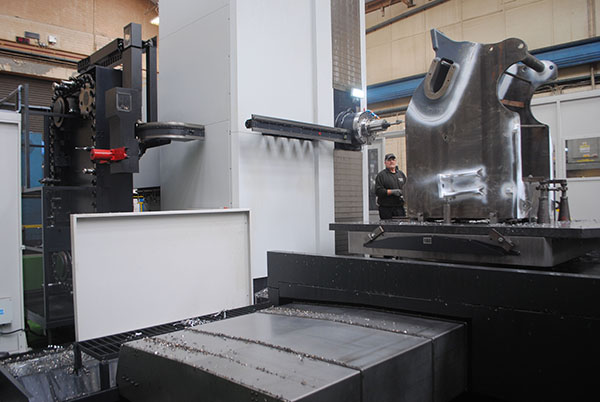 At the Coalville facility of Terex, a mobile crusher machine manufacturer, a large-capacity Doosan DBC160 horizontal borer from Mills CNC has been installed. 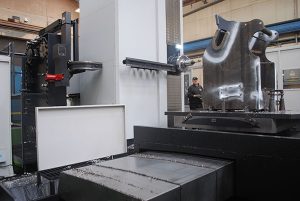 Used to produce the high-accuracy bores, holes and threads found in the fabricated sections of Terex’s mobile crushers, the DBC160 accommodates sections that can weigh up to 30 tonne. Machining operations can be relatively long and, such is the need to maintain productivity, that high removal rates are an ongoing requirement. Up to 70 mobile crusher machines are manufactured at Terex’s Coalville facility every month.
Jason Toon, operations and facilities manager, says: “The machine specification we’d drawn up included the requirement for a large 3 m Y axis. We didn’t realise at the time that the new Doosan DBC160 borer could be supplied with such a large Y axis, although when we found out, we were naturally interested. The DBC160 is a new machine and we were going to be the first customer in the UK to buy one. This, plus the performance-critical nature of the investment meant we had to get it right first time.”
The DBC160 is a large-capacity, moving-column type borer equipped with a 160 mm diameter boring spindle (45 kW/2000 rpm). Workpieces measuring 3400 mm in diameter, and up to 20 tonne in weight, can be accommodated on the machine’s B-axis rotary table.
“We have been delighted with the DBC160 machine’s performance, and cannot speak highly enough about Mills CNC’s dedication and commitment, which have been first-class,” concludes Toon.
For further information www.millscnc.co.uk