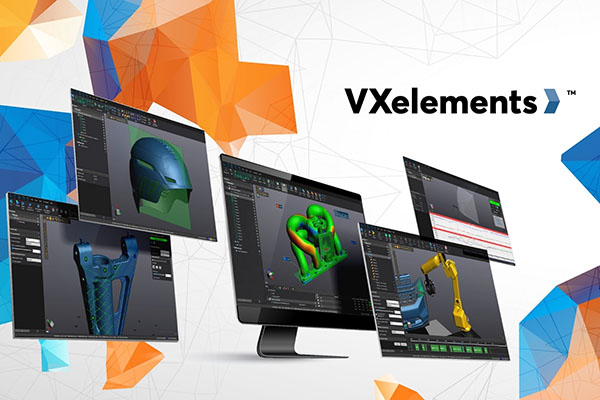 Creaform has released the latest version of its VXelements platform. Several new features, as well as enhancements to existing functions, provide significant improvements. Whether in VXscan, VXinspect, VXmodel or VXscan-R, Creaform says that experts and beginners alike will discover new and improved tools that will make their work easier, faster and more profitable.

In a desire to perfect VXelements and the synergy between the software and hardware, Creaform has upgraded each VX module to meet the ever-changing needs of users and today’s constantly evolving industries.

Among the important advantages of this latest version is the new VXelements viewer. Used for data sharing, this free version of the platform will enable customers or colleagues outside the team to visualise data first hand, making collaborative projects simpler and faster.

In addition, ‘smart resolution’ is now available for the latest generation of Creaform 3D scanners. This new feature allows users to generate scans from multiple resolution levels to better reproduce details, edges and high curvatures. Higher levels of resolution can be automatically created in several ways: by software intelligence; by being triggered from the scanner; and by being generated from a selection on the mesh or from a template.

With the addition of features such as ‘flatten’ mesh, ‘extrude’ boundaries and ‘extend’ boundaries, the VXmodel module will enable users to carry out post-treatment operations on 3D scan data simply and effortlessly, reports Creaform.

Regarding VXinspect, quick inspection tools – such as one-click entity creation, new construction methods for geometrical entities, and new reporting capabilities – are just a few of the improvements that will add simplicity and flexibility to the 3D inspection software.