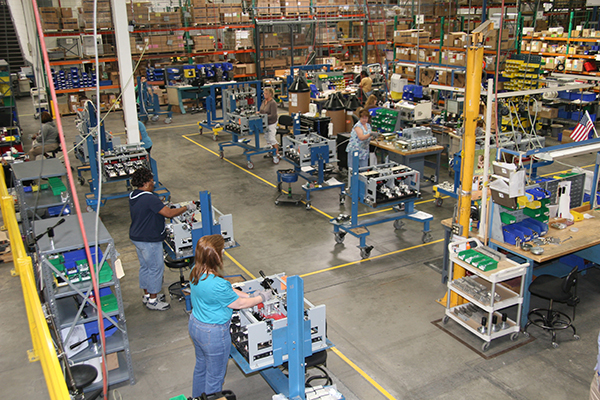 Asco Power Technologies, based in Welcome, North Carolina, manufactures automatic transfer switches, switchgear and other power management products. The company has used Jetcam Expert nesting software since receiving it alongside a Finn-Power 880 CNC punch press back in 1997. Notably, the software’s performance provided a stark contrast to the different nesting software systems being used to drive other machines in Asco’s facility at the time.

James Hunley, fabrication specialist recalls: “We used a range of nesting software systems supplied alongside machines at the time, with varying issues. One was particularly slow and not user-friendly – more of a CAD system than software designed for punching.”

After using Jetcam Expert alongside the other systems, Hunley realised that it was outperforming them in every way.
“We started to wonder what else it could drive,” he says. “It was the most user-friendly, and financially it was cheaper than other systems. Why, when we can do things faster in Jetcam, would we not use it for everything?”
The decision was made around 2005 to standardise on Jetcam Expert for all new machines.

“We’ve run a number of benchmark comparisons over the years and each time Jetcam outperformed other systems, both in terms of overall speed of programming and nesting efficiency,” says Hunley. “Programming was up to 75% quicker, while nesting efficiency could be as much as 14% better. In addition, the machine path optimisation allowed jobs to run faster with code generated by Jetcam.”

He concludes: “Over the years I’ve dealt with maybe six or seven other systems, and Jetcam is superior to all of them.”